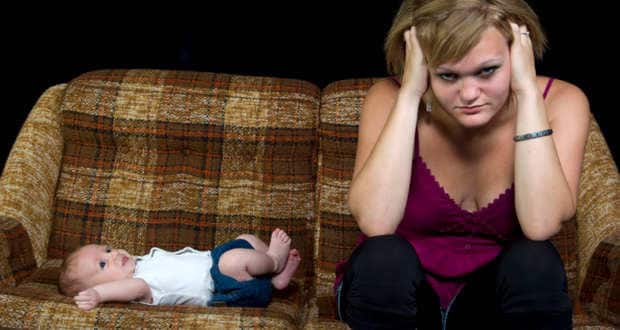 A new study published in the journal PLoS One found that women who have just delivered a baby may feel excessively sleepy even after four months of giving birth. The study urges new mothers to be extremely cautious and re-think about their decision to resume work soon after delivering a child.

According to Ashleigh Filtness from Queensland University of Technology's Centre for Accident Research and Road Safety - Queensland (CARRS-Q), interrupted sleep has a strong influence on daytime activity and function. 'Excessive sleepiness at work is, in fact, recognised as a major risk-factor for people performing critical and dangerous tasks,' said Filtness.

The study analysed sleep patterns and tiredness in postpartum mums and found that despite new mums recording stable night sleep times at 18 weeks, they continued to report being excessively tired. For the study, 33 healthy new mums were included. They recorded their postpartum sleep patterns in 15 minute increments during weeks 6, 12 and 18. 'This brings into question whether four months' leave is sufficient to ensure that daytime sleepiness has diminished to a manageable level before returning to work,' she added. With the birth of every baby, the new mother must adjust to the demands of parenting and one aspect of that is to remain functional while experiencing potentially severe sleep disruption.

According to Filtness, new mothers will inevitably wake in the night to attend to their infant and the number of times they wake remains consistent during the first 18 postpartum weeks. Soon-to-be mums should be aware of the importance of their own sleep and consider how they are going to preserve their own sleep during the first few months of caring for a baby.

What is postpartum depression?

The first year after childbirth presents a high risk of depression for women, with about 13 percent of all mothers experiencing postpartum depression, with debilitating symptoms similar to clinical depression. Postpartum depression may affect the mother's abilities and skills to engage in delicate interaction with the child, and thus impair the development of an attachment relationship possibly affecting the child's later development and well-being.

What begins as insecurity, usually within 30 days of the baby's birth, rapidly expands to other symptoms that typically include sadness or anxiousness through the day that often worsens in the evening; crying spells; low self-esteem; lethargy and sleeplessness.

The milder version is called postpartum blues, where the mother's feeling of being overwhelmed, low and having difficulty sleeping resolves on its own within a month. Read more about Postpartum depression symptoms, causes and treatment