New hospital to be set up in Delhi within 18 months

The Delhi government took the plot spread over 2,700 sq. metres from the Delhi Development Authority (DDA) and transferred it on Thursday to the Public Works Department (PWD) that would be constructing the building. (Also read: Three new hospitals in NCR to be opened by Rockland Group) Also Read - Weight loss diet: How to eat healthy in a restaurant when you want to lose weight

‘Residents have been demanding a hospital in the area for the past 10 years but there were inter-departmental issues over allotment of land which has now been resolved,’ said Goswami.

‘PWD would construct the hospital within 18 months,’ he added.

The new hospital would benefit people of Naraina village, Naraina Enclave, Dasghara, Todapur, Inderpuri and other nearby colonies.

‘The health department has made provisions for providing advanced equipment in the hospital,’ said Goswami. (Also read: Delhi to get eight new hospitals including a super-speciality one for cancer patients) 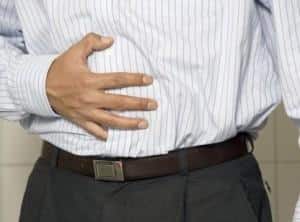 Could your stomach ache indicate a heart problem?