In what could herald a new era to treat aggressive forms of breast cancer, a combination of two targeted drugs shrunk cancerous tumours and even made those disappear within 11 days in a clinical trial.

In what could herald a new era to treat aggressive forms of breast cancer, a combination of two targeted drugs shrunk cancerous tumours and even made those disappear within 11 days in a clinical trial. Nearly a quarter of women with HER2 positive breast cancer who were treated with a combination of the targeted drugs — lapatinib (generic name Tyverb) and trastuzumab (generic name Herceptin) before surgery and chemotherapy — saw their tumours shrink significantly or even disappear. Nigel Bundred, professor of surgical oncology at the University of Manchester and the University Hospital of South Manchester NHS Foundation Trust (UK), presented the results in which 257 women with newly-diagnosed, operable, HER2 positive disease were recruited for the trial. Also Read - Small delays in cancer treatment can up death risk by 10%, says study

This has ground breaking potential because it allows us to identify a group of patients who, within 11 days, have had their tumours disappear with anti-HER2 therapy alone and who potentially may not require subsequent chemotherapy. This offers the opportunity to tailor treatment for each individual woman, professor Bundred told the 10th European Breast Cancer Conference in Amsterdam, The Netherlands, on Thursday. The trial had two parts. In part one, 130 women were randomised to receive no pre-operative treatment (the control group), or trastuzumab (Herceptin) only, or lapatinib (Tyverb) only for 11 days after diagnosis and before surgery. However, evidence emerged from other trials of the efficacy of the combination of lapatinib and trastuzumab to treat HER2 positive breast cancer in other settings. (Read: Exercise to cope with breast cancer treatment) Also Read - Cancer treatment breakthrough: DGLA fatty acid can kill malignant cells

The second part of the trial was amended so that, the next 127 women were randomised to the control group, or to receive trastuzumab only or the combination treatment. The samples were analysed to see if there had been a drop in levels of the Ki67 protein, an indicator of cell proliferation, or a rise in apoptosis (programmed cell death) of 30 percent or more from the time of the first biopsy. In addition, women were then categorised as either having pathological complete response (pCR) if no active cancer cells had been found, minimal residual disease (MRD) if the tumour was less than 5mm in diameter or other. (Read: 9 healthy habits that can reduce your risk of cancer)

Of the women receiving the combination, 17 percent had only minimal residual disease and 11 percent had no biological sign of invasive tumour in the breast. Of the women treated with trastuzumab only, 3 percent had residual disease or complete response. These results show that we can get an early indication of pathological response within 11 days, in the absence of chemotherapy, in these patients on combination treatment, noted professor Judith Bliss, lead researcher from the Institute of Cancer Research, London, which co-led the trial. Here are 10 tips to detect breast cancer early.

Most previous trials have only looked at the pathological response after several months of treatment. Clearly these results need further confirmation, but I suspect the excitement from seeing the speed of disappearance of the tumours will mean that several trials will attempt to confirm these results, the authors emphasised. HER2 positive breast cancer is breast cancer that has a high number of receptors for the human epidermal growth factor (HER2) on the surfaces of the cancer cells. (Read: You can also read latest research on breast cancer vaccine effective in preliminary trail.) 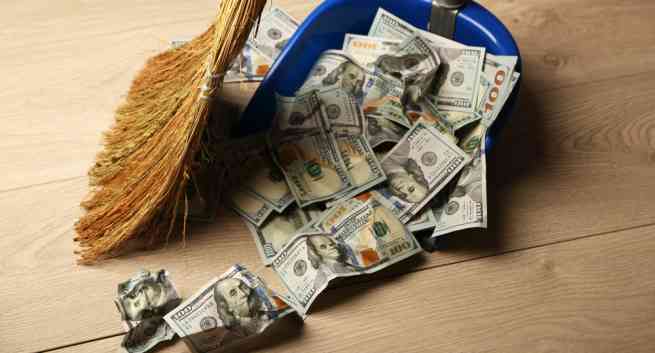 Don't cut your nails at night + 4 Indian traditions you should stop following NOW!

Here's why some people are more prone to anxiety