A drug of Polynesian origin has shown exciting results in improving memory and learning, which diminish with age but hit rock bottom in Alzhemier's patients. University of Texas School of Medicine re

A drug of Polynesian origin has shown exciting results in improving memory and learning, which diminish with age but hit rock bottom in Alzhemier’s patients. University of Texas School of Medicine researchers added rapamycin, a bacterial product first isolated from soil on Easter Island, to the diet of healthy mice. The drug enhanced learning and memory in young mice and improved these faculties in old mice. “We made the young ones learn, and remember what they learned, better than what is normal,” Veronica Galvan, assistant professor of physiology under Texas Health Science Centre, who led the study, was quoted as saying in the journal Neuroscience.

“Among the older mice, the ones fed with a diet including rapamycin actually showed an improvement, negating the normal decline that you see in these functions with age,” said Galvan. It also lowered anxiety and depressive-like behaviour in the mice, Galvan added, according to a university statement. Anxiety and depression are factors that impair human cognitive performance. Jonathan Halloran, who conducted the tests to accurately measure these cognitive components in the rodents, said: “We observed that the mice fed with a diet containing rapamycin spent significantly more time out in the open arms of the catwalk than the animals fed with a regular diet,” Halloran said.

The second test measured depressive-like behaviour in the rodents. “We found rapamycin acts like an anti-depressant — it increases the time the mice are trying to get out of the situation,” Galvan said. “They don’t give up; they struggle more.” The reductions of anxiety and depressive-like behaviour in rapamycin-treated mice held true for all ages tested, from four months of age (college age in human years) to 12 months old (the equivalent of middle age) to 25 months old (advanced age).

Sleep deprivation can lead to hyperactivity 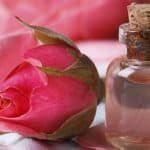