Researchers have developed a new device that can sort the best sperm out of millions in just half an hour for their use in assisted reproductive technologies such as in vitro fertilisation. 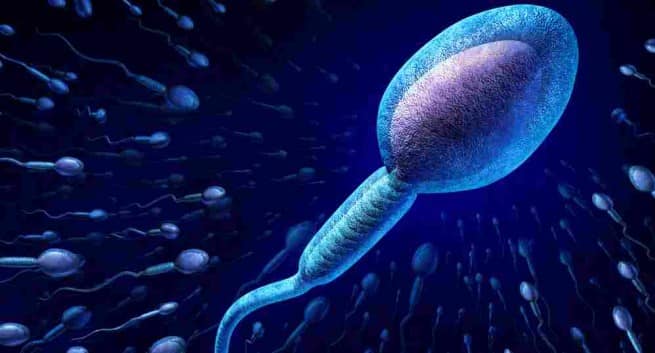 Researchers have developed a new device that can sort the best sperm out of millions in just half an hour for their use in assisted reproductive technologies such as in vitro fertilisation. The device, based on microfluidic technology, reduces risk of DNA damage associated with conventional sperm sorting method and can help infertile couples to have healthier babies. Worldwide, nearly 48.5 million couples have been unable to have a child after trying for five years or more. While in vitro fertilisation, intrauterine insemination, and intracytoplasmic sperm injection have been effective treatment options for infertile couples, only about one-third of these methods result in live births. (Read: Things that can lower your sperm count and lead to infertility) Also Read - Sperm don’t swim, but they rotate like a spinning top: New study

Male infertility accounts for about 30 to 50 percent of all infertility cases, and infertile men tend to have abnormal sperm characteristics such as low sperm concentration, poor sperm movement, abnormal shape and size, and high levels of damage to the DNA. ‘DNA damage is one of the more important characteristics of sperm, because higher levels of damage are associated with lower pregnancy rates, early loss of pregnancy, and increased disease rates of offspring who are conceived through assisted reproductive technologies,’ said Waseem Asghar, Assistant Professor at Florida Atlantic University in the US. ‘That’s why it is so important to develop methods to select the healthiest sperm for assisted reproductive technologies,’ Asghar noted.The most commonly used or conventional method for assisted reproductive technologies involves a technique called centrifugation. (Read: Scientifically proven ways to increase your sperm count)Although this method is efficient at selecting motile and morphologically normal sperm, the process is problematic because it tends to increase levels of certain chemicals that cause DNA damage. Asghar’s device consists of one inlet for the injection of a raw unprocessed semen sample and two plastic chambers separated by porous membrane. The most healthy and motile sperm swim through the porous membrane leaving behind less functional and dead sperm in the bottom chamber. Using this sorting technology, a technician just has to inject the semen sample into the device and can then collect healthy sperm from the top chamber in about 30 minutes, making it very easy to use. Compared to other techniques used for assisted reproductive technologies, the use of the microfluidic device resulted in significantly lower rates of DNA damage and improved sperm recovery using this method. (Read: Tips for improving male fertility) Also Read - Human sperm retains viability in outer space conditions

The findings were presented in the journal Biotechnology Advances. ‘Microfluidic based technologies have surfaced as a novel substitute to conventional methods that use centrifugation,’ Asghar said.

Is vaping a good idea? Study says E-cigarettes are a 'roadblock' to youth smoking 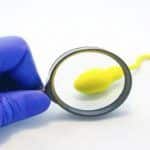 Sperm and semen are two different things: Know all about it