Anti-apartheid champion and former South African President Nelson Mandela’s health condition is critical, the South African presidency said on late Sunday.  President Jacob Zuma visited Mandela at the hospital in Pretoria Sunday, and the medical team informed him that Mandela’s condition had become critical since Saturday; Xinhua quoted Zuma’s spokesperson Mac Maharaj as saying.‘The doctors are doing everything possible to get his condition to improve and are ensuring that he is well looked after and is comfortable,’ Zuma said. ‘He is in good hands,’ Zuma added, and appealed to South Africans and the world to pray for Mandela. Also Read - Former President Pranab Mukherjee passes away after going into septic shock

Mandela was admitted to hospital in Pretoria with a serious lung infection June 8. On March 27, he was hospitalised after doctors diagnosed him with pneumonia. He was also admitted in December for his recurring lung infection. Also Read - Vaping may cause extreme difficulty in breathing, swallowing

Mandela suffered from tuberculosis when he was in prison for 27 years before the apartheid ended in 1994. He was the first democratically-elected president in South Africa. This news came amid a mounting public outcry after it emerged that an ambulance carrying the legendary leader home broke down and paramedics had to treat him for almost forty minutes before a second one arrived. The ambulance carrying seriously ill former African president Nelson Mandela to hospital broke down in freezing temperatures. The military vehicle broke down at the side of a highway, leaving Mandela stranded for 40 minutes. Also Read - Know how your showerhead can cause lung infections

According to Sky News, government spokesman Mac Maharaj confirmed that the vehicle broke down on June 8 when the 94-year-old was being taken to hospital in Pretoria. He added that his convoy was well staffed with intensive care medical staff, but the former president suffered no harm during this period. In a statement he confirmed the media reports that the military ambulance transporting Mandela had an engine problem but he did not suffer any harm during this period. The statement added that when the ambulance experienced engine problems it was decided that it would be best to transfer to another military ambulance which itself was accompanied for the rest of the journey by a civilian ambulance. The African National Congress defended the governments handling of public updates on Mandela”s, also known as Madiba, condition and thanked medical staff caring for him, the report added 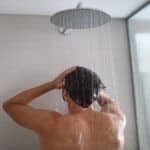 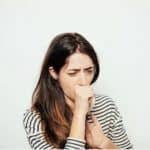