The National Commission for Protection of Child Rights (NCPCR) Wednesday called for closer monitoring of the mid-day meal scheme while expressing shock over the death of 21 children after consuming poisoned meal at a school in Bihar. Also Read - Bihar government issues Nipah virus alert

At least 21 children died while 10 more are battling for their lives after eating mid-day meal at the Dharamsati primary school in Masrakh in Bihar’s Saran district Tuesday. Also Read - 'Virgin' means unmarried, nothing objectionable in it: Bihar Health Minister on IGIMS marital status form

In the past, dead lizards, frogs and insects were found in food served at various schools, angering students and parents.

‘We have been taking up the issue with various state governments as there have been incidents where children have fallen ill after eating their meals in schools,’ Kushal Singh said.

She added that not only the people who cook the meals but also the agency supervising the entire process need to be held accountable for such incidents.

‘The school management committee which needs to monitor and supervise the meal is not present in most of the schools. Proper inspection is required. In many places the inspections are done occasionally but it should be done on daily basis,’ she added.

Save the Children, an NGO working for children’s rights, urged the government to set up education panels at the grassroots level to prevent such incidents.

‘Such cases play a negative role and hamper our efforts to help the socially and economically marginalised children complete their education. Cases like these force the parents to re-think before sending their children to government schools. The need is to set up education committees at the grassroots level,’ Sanjeev Rai, national manager for education, Save The Children, told IANS.

Referring to the deaths of children in Bihar, Ranjana Kumari, director of the Centre for Social Research, said innocent lives have been lost due to the ‘carelessness’ of the state government.

‘The chief minister should be held accountable and a criminal procedure should be initiated against the culprits. The whole idea of the mid-day meal hasn’t worked out and a serious review of this scheme is required,’ Kumari told IANS.

Centre for Social Research is a voluntary organisation working for building a gender- just society in India. 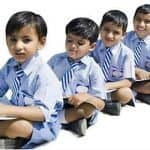