Nearly thousand people, including transgenders, sex workers and HIV positive people, ran for over three kilometres Sunday in south Delhi to create awareness and to support HIV-positive people. The 'Al

Nearly thousand people, including transgenders, sex workers and HIV positive people, ran for over three kilometres Sunday in south Delhi to create awareness and to support HIV-positive people. The ‘All India Run’ started at 9 a.m. from Safdarjang Tomb, Lodi Estate, and ended an hour later at the Delhi Blind School, Lodhi Road. It was organised by the NGO India HIV/AIDS Alliance. Also Read - Australia halts COVID-19 vaccine development due to false HIV positives

‘Along with students and civil society groups, we also had representatives of marginalised communities affected by HIV, drug users, transgenders and sex workers taking part in the run,’ an organiser said. ‘The run was organised with the aim of breaking the social stigma that the HIV-positive face, and create an opportunity for them to mingle with larger society,’ the organiser said. Also Read - People with HIV at higher risk of heart failure

Flagging off the run, P.M. Nair, director general, National Disaster Response Force and Civil Defence, said: ‘This solidarity run is an appropriate opportunity to acknowledge the contribution of and encourage all stakeholders — government, civil society and the private sector — to intensify efforts to ensure a continuum of services for affected communities.’ He said that engagement with people affected by HIV would aid greater empowerment of such people, and prove an effective strategy in addressing the needs of the HIV-affected better.  Apart from the run, musical performances and skits highlighting issues of at-risk populations were also organised. Also Read - HIV patients are likely to suffer from heart diseases 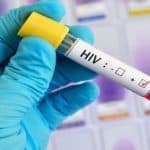 UNAIDS: Prevention of new HIV cases in the next 5 years crucial to curb epidemic rebounding 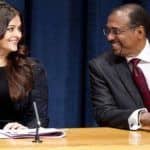 How the HIV/AIDS battle can be won 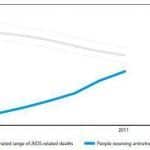