The family of nine-month-old Arsh Singh from Navi Mumbai, who tested positive for vaccine-derived polio virus (VDPV) in the second week of July, claims that they were kept in dark by the hospital an

The family of nine-month-old Arsh Singh from Navi Mumbai, who tested positive for vaccine-derived polio virus (VDPV) in the second week of July, claims that they were kept in dark by the hospital and state health authorities about the child’s condition. Aarti Singh, Arsh’s aunt said, ‘We admitted Arsh in BJ Wadia Hospital on July 12. The doctors kept telling us that they are trying to identify the cause of the problem. They failed to diagnose the disease.’ She further added that although the state health authorities and the hospital’s doctors interrogated them about the child’s daily routine before the hospitalisation, they remain tight-lipped about the polio infection. Also Read - Ganesh Chaturthi 2020: 4 reasons an eco-friendly Ganesha is good for you

‘Even after media reports said that Arsh was infected by the vaccine-derived polio virus, the hospital authorities kept insisting that it isn’t a polio infection but something similar. Since he was admitted, his condition has only deteriorated,’ said Vijay Singh, the baby’s grandfather. Dr Satish Pawar, joint director of directorate of health services said, ‘The baby is on ventilator. He is critical but stable.’ Pawar added that the best doctors are treating the baby. ‘ The boy is being given the best care and has been showing slight improvement.’ Also Read - 7 reasons why the #BeefBan is good

While various government agencies and WHO officials have been visiting the family for polio surveillance, the family is struggling to raise money for the child’s treatment. Also Read - Poliovirus type 3 wiped out globally, announces WHO

They claimed that so far, they have spent over Rs1.5 lakh on the treatment. ‘We have taken loans from relatives and family friends. Government officials have been visiting us since the past few days, but no one has spoken to us about the cost of the treatment,’ said Aarti. State health minister Suresh Shetty, however, said that the treatment costs will be taken care of by the government. While the National Polio Surveillance Project (NPSP) has confirmed that Arsh has tested positive for VDPS, the directorate of health services has said that it will wait for the health ministry’s reports to confirm whether the child’s condition was caused because of polio.

Meanwhile, health authorities have intensified surveillance for the virus in the area where Arsh lives.

Polio or poliomyelitis is a communicable viral disease which affects the nerves and can lead to partial or permanent paralysis. It is transmitted through stool or saliva. The global effort to eradicate polio has been very successful and from 350,000 cases in 1988 only 40 cases were reported worldwide in 2012. There is no cure for the diseases though vaccination can prevent the disease for life. India has done remarkably in eradicating polio and from 2011 no new cases were reported. Read more on polio.

For more on your health, visit: dnaindia.com 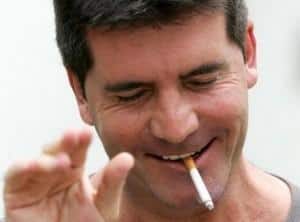