National Epilepsy Day– All you need to know about the disease

Epilepsy is a chronic disease affecting 1 in 100 people worldwide. It is more common in the developing countries than in the developed ones. Racial differences have not been observed but environmental and social differences seem to be important. Also Read - New hope for parents whose child has rare but serious form of epilepsy

According to Dr. Sangeeta Rawat Senior Consultant Neurologist & Epileptologist Global Hospital Mumbai, Epilepsy is characterized by recurrent seizures, which are brief episodes of involuntary movement that may involve a part of the body (partial) or the entire body (generalized), and is sometimes accompanied by loss of consciousness and control of bowel or bladder function. The 1st peak is in the age group of 10 20 years which is genetic epilepsy or abnormal brain tissue and 2nd peak may occur after the age of 50 60 years which are symptomatic. (Read: How people with epilepsy can lead a normal life) Also Read - World Epilepsy Day: Epilepsy more disabling than acknowledged

Seizure episodes are a result of excessive electrical discharges in a group of brain cells. Different parts of the brain can be the site of such discharges. Seizures can vary from the briefest lapses of attention or muscle jerks to severe and prolonged convulsions. Three types of seizure are Simple Partial Seizure, Complex Partial Seizure and Generalize Partial Seizure which can be controlled by drugs.

WHO Data states – Seizures can also vary in frequency, from less than 1 per year to several per day. One seizure does not signify epilepsy (up to 10% of people worldwide have one seizure during their lifetime). Epilepsy is defined as having 2 or more unprovoked seizures. This stigma continues in many countries today and can impact on the quality of life for people with the disorder and their families. (Read: Have an epileptic friend? Here are 13 things you need to know)

Symptoms: Characteristics of seizures vary and depend on where in the brain the disturbance first starts, and how far it spreads.

Epilepsy is not contagious. The most common type of epilepsy, which affects 6 out of 10 people with the disorder, is called idiopathic epilepsy and has no identifiable cause which is often genetic. Epilepsy with a known cause is called symptomatic epilepsy. The causes of secondary (or symptomatic) epilepsy could be:

Dr. Rawat also adds 60 to 70% of Epilepsy patients can be controlled well with drugs alone, but 20 to 30% may remain uncontrolled. These patients should go to comprehensive epilepsy care center for detailed evaluation by multidisciplinary team. They should undergo pre-surgical evaluation in the form of 3TMRI, prolonged video EEG, neuro psychology testing and psychiatrist assessment. They can under go epilepsy surgery which can give them cure from epilepsy and also anti- epilepsy medication can be stopped after couple of years. We at Global Hospital have completed 28 successful surgeries in last 1.5 years by the comprehensive. (Read: Ketogenic diet for preventing epileptic attacks) 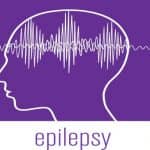 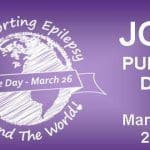 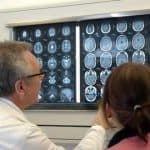