The Cabinet Committee on Economic Affairs (CCEA) on Thursday approved budgetary support of Rs.8,632.77 crore for the National AIDS Control Programme (NACP) Phase-IV which seeks to provide comprehensive care and support to all HIV/AIDS affected people. Also Read - Ganesh Chaturthi 2020: 4 reasons an eco-friendly Ganesha is good for you

An official release said that NACP IV will integrate with other national programmes and align with overall 12th Five Year Plan goals of inclusive growth and development. Also Read - Weight loss diet: How to eat healthy in a restaurant when you want to lose weight

‘Having initiated the process of reversal in several high prevalent areas with continued emphasis on prevention, the next phase of NACP will focus on accelerating the reversal process and ensure integration of the programme response,’ the release said. (Read: National AIDS program to get Rs 2550 crore)

The main objective of NACP IV include reducing new infections by 50 percent (2007 baseline of NACP III).

The programme will provide comprehensive care and support to all people living with HIV/AIDS and treatment services for all those who require it. The objectives will be realised by intensifying prevention services with a focus on high-risk groups and vulnerable population.

The government launched the first National AIDS Control Programme (NACP I) in 1992. NACP II was initiated in 1998. Based on the learning from NACP I and II, the government designed and Implemented NACP III (2007-2012) with an objective to ‘halt and reverse the HIV epidemic In India’ by the end of the project.

The release said there has been a steady decline in overall prevalence and nearly 50 percent decrease in new infections over the last ten years and NACP IV aims to consolidate the gains of NACP III. ‘NACP III has given desired results and has been quoted as a global success,’ it said. (Read: ‘AIDS control mission merger with NRHM not insensitive‘)

HIV/AIDS is a disease that affects the human immune system. AIDS is the final stage of Human Immunodeficiency Virus (HIV) infection. If an HIV positive person is left untreated, his/her condition deteriorates into full-blown AIDS where the immune system stops working. Thus the immune system is unable to protect the person from diseases or infections. The virus can be transmitted from an HIV positive person through the exchange of body fluids. This can happen through sexual contact, blood transfusion, needles or from a mother to child during pregnancy. Though there is no cure yet, antiretroviral treatment has proven to be very effective. (Also read: Together we can end HIV/AIDS)

Medical college for paramilitary forces to be set up 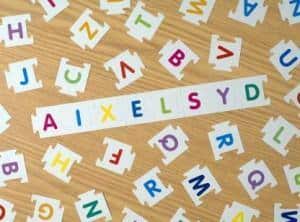 Dyslexia is more common than you think