According to a research, mutations in a protein called RABL2 causes male infertility. The mutation shortens sperm tails, crippling their swimming ability (motility) and lowering sperm production. The

O’Bryan said the research fitted another piece in the jigsaw puzzle of sperm development. “The mutations in the RABL2 gene are very likely to cause infertility,” said O’Bryan, the journal Public Library of Science Genetics reports. Also Read - These lifestyle habits are affecting your sperm count

‘Further, as motility is absolutely essential for fertility, insights into tail function may reveal options for urgently needed male-based contraception,’ added O’Bryan, according to a Monash statement.

Doctoral student and study co-author Jennifer Lo, also from the School of Biomedical Sciences, said RABL2 worked with other molecules known as intraflagellar transport proteins that carry genetic cargo along the sperm tail.

‘Intraflagellar transport proteins are like a train. Our data suggests that the reloading of the train is defective if RABL2 dysfunctions. The train is still running in sperm tails with dysfunctional RABL2, but it contains fewer passengers. The end result is that sperm formation and motility are abnormal,’ added Lo.

Lo said that as mutations in RABL2 decrease sperm count and sperm swimming ability, it may be possible to inhibit this protein in a future male pill. 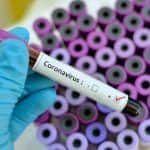 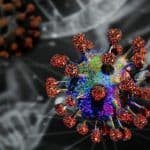