Home / Health News / Mumbai gang rape: Why an age determination test for the minor may not help

Mumbai gang rape: Why an age determination test for the minor may not help

To resolve the confusion over the age of one of the accused of the Shakti Mills case the government is considering a age determining bone test to determine his real age. The family of accused have fur

To resolve the confusion over the age of one of the accused of the Shakti Mills case the government is considering a age determining bone test to determine his real age. The family of accused have furnished a birth certificate issued by the BMC which shows that he s a minor. On the other hand his school leaving certificate is completely scribbled over and unreadable. Also Read - Over 1500 patients underwent successful Bone Marrow Transplants (BMT)

State home secretary Amitabh Rajan told DNA, All this has created confusion… We want to resolve this and, hence, we are conducting the bone test. We want to make the case as watertight as possible. All possible medical tests will be conducted, wherever required.We don t want to leave any loopholes that will give the accused room to escape the harshest punishment, Rajan added. Also Read - Will juvenile rapists and murderers be tried as adults?

The state government has decided to bear all the expenses in the case, including medical and legal. Sources said the five accused were taken to JJ hospital and Nagpada Police Hospital last week for conducting an array of medical tests. The accused were referred to the urology department for sexual potency tests and to the psychiatry department for evaluation of their mental status, at JJ hospital. But how do age determination tests work? And more importantly are they accurate? (Is it time to change our juvenile laws?)

What is the bone ossification test?

Bone ossification test: This is the one of the tests that media reports claim that the rapist is to undergo. In this test the technician looks to find out how far the person s bones have ossified (fused). Infants have 350 bones and they subsequently fuse into 206 bones by the time someone turns 25. And the different stages of the fusing of bones can give indications of their real age. The table below explains the changes in bone ossification for a particular age bracket:

Some of the common bones used to determine the age of a person are as below:

However, this test can t be taken as conclusive. An X-ray ossification test may provide a surer basis for determining the age of an individual with the opinion of a medical expert, but it can by no means be so infallible and accurate a test as to indicate the correct number of years and days he has lived.

The bone marrow test is far more accurate than others. It can predict a person s age within a margin of six months to one year while other tests have a two year gap. Basically, the bone marrow is of two types red marrow (ossium rubra) which consists of mainly hematopoietic cells and yellow marrow (medulla ossium) which is mainly made up of fat cells. At birth, all bone marrow cells are red and with age they progressively convert to yellow marrow. An analysis of the ratio of red marrow to yellow marrow is an easy way to reliable discern a person s age.

Some other tests are:

Dental Examination: Dental records are commonly used to determine age, since the wearing down of teeth correlates with how long a person has been living and eating. Another indicator is the presence of the wisdom teeth. Their presence has a huge bearing on determining the age of a person.

All these tests however can only determine the age of a person accurately within a 2-year margin.

Beauty basics to stick to on flights 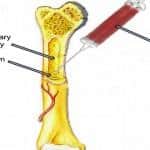 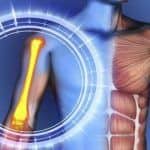 Fat tissue in bone marrow may lower the risk of heart disease, diabetes 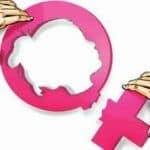