Most doctors fail to recognize the early symptoms of Parkinson’s

Doctors are failing to diagnose Parkinson's disease during its early stages of origin as they are unable to recognise its early symptoms.  The disease that afflicts thousands of people across the wor

Doctors are failing to diagnose Parkinson’s disease during its early stages of origin as they are unable to recognise its early symptoms.  The disease that afflicts thousands of people across the world has symptoms like loss of smell, fatigue, sleeping disorders, mood swings, constipation and unexplained pain that may cause tremors. Also Read - World Brain Day 2020: Know all about early onset Parkinson’s disease

Ray Chaudhuri, consultant neurologist at Kings College London, said: “Generally speaking, most general physicians see just one or two people with Parkinson’s during several years of their practice. Thus, their knowledge about the early symptoms of Parkinson’s tends to be very limited. It’s very unlikely that they would know the fine details.” Also Read - Autoimmunity's role in Parkinson's disease: Signs can appear years before diagnosis

This meant most people were diagnosed late in the course of the disease, when the brain had already deteriorated considerably, Chaudhuri said. Parkinson’s is caused by neuronal (brain cell) loss, lowering levels of dopamine, a neurotransmitter, the Telegraph reported.  According to Chaudhuri, individual problems like the loss of smell or sleep are highly unlikely to be the signs of Parkinson’s alone, but if they occur together as a “constellation of symptoms” they could be indicative. The Cure Parkinson’s Trust has helped develop a ‘personal wellbeing map’ to help sufferers and doctors understand the complex condition better. Also Read - Some people with Parkinson’s disease may be born with disordered brain cells 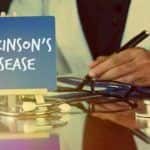 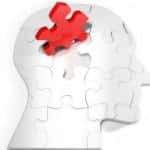