Energy drinks are common amongst today s youth, be it for extra alertness during long study hours, overnight drives or while working out and playing a sport. The standard caffeine content in these d

Energy drinks are common amongst today s youth, be it for extra alertness during long study hours, overnight drives or while working out and playing a sport. The standard caffeine content in these drinks is 145 parts per million (ppm) but the country s Food Safety and Standards regulator has allowed it to go up to 320 ppm, said the Food and Drugs Administation (FDA) yesterday. Also Read - Think before you consume energy drinks! They can lead to heart failure

“Food Safety and Standards Authority of India i.e. FSSAI has given no-objection certificates to manufacturers for use of caffeine up to 320 ppm in energy drinks, which was earlier restricted to not more than 145 ppm. The permission is meant only for energy drinks and not for other carbonated drinks like cold drinks and similar other beverages where caffeine is used but is below 145 ppm only,” told Shashikant Kekare, joint commissioner (food), FDA to TOI. Also Read - Diabetes diet: Does caffeine in coffee and tea affect your blood sugar levels?

Kekare added that the manufacturers of energy drinks wanted a 320 ppm cap as they claim that this can help increase alertness levels, improve concentration and stamina. But the truth is, excess caffeine can lead to severe health problems.

On an average, 80% of the world s total population consumes some amount of caffeine daily in the form of coffee, tea, soft drinks, energy drinks etc. It is also present in many drugs like cold and flu medicines sold over the counter. While small doses of caffeine is good for improving alertness, when taken in excess it can have many ill effects.

It can lead to chest pain and palpitations, vomiting, nausea, anorexia and abdominal pain. This increase in the amount of caffeine content in energy drinks can call for a lot of serious illnesses. Though the regulator has stipulated that manufacturers who infuse higher amounts of caffeine in their energy drinks will have to print warnings like ‘caffeinated beverage’, ‘use not more than two cans a day etc, prominently on their labels, it is still a cause of concern. These drinks are usually targeted at youngsters and how many of them will read these label warnings before they gulp it down their throats is a point worth pondering upon.

Your skin secretion can fight tuberculosis!

Was weight loss drug DNP responsible for Indian student's death in the UK? 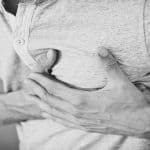