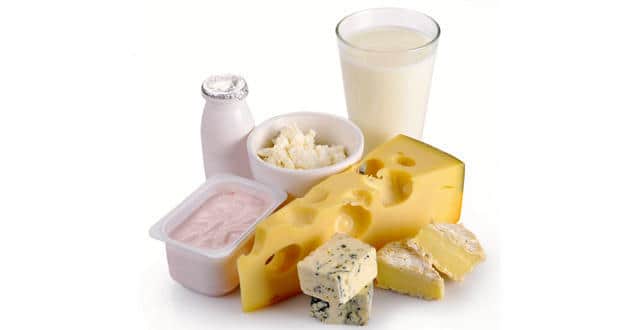 Traces of a cousin of vitamin B3, found in milk, produces startling health benefits such as keeping you slim inspite of a fatty diet and lazy lifestyle, a study says. The findings reveal that high doses of nicotinamide riboside (NR) a cousin of niacin prevent obesity in mice that are fed a fatty diet, and also increase muscle performance, improve energy expenditure and prevent diabetes development, all without side-effects.

The Swiss researchers, led by Johan Auwerx, from the Polytechnic School in Lausanne, performed the mouse experiments, while the ability to give the animals sufficient doses of NR was made possible by Weill Cornell Medical College researchers, who played key roles in uncovering the biological story of NR, the journal Cell Metabolism reported.

"This study is very important. It shows that in animals, the use of NR offers the health benefits of a low-calorie diet and exercise without doing either one," said Anthony Sauve, associate professor of pharmacology at Weill Cornell Medical College. Sauve is the pharmacologist and organic chemist who has invented a simple method for efficiently synthesizing NR in large scale. He was first to show that NR increases nicotinamide adenine dinucleotide (NAD) levels in mammalian cells, according to a university statement.

NAD is a central player in energy metabolism. He has pioneered research into the compound, and he is a leader in investigating how NAD can signal adaptation in cells and in physiology. "The research also suggests that the effects of NR could be even broader," Sauve says. "The bottom line is that NR improves the function of mitochondria, the cell's energy factories. Mitochondrial decline is the hallmark of many diseases associated with aging, such as cancer and neurodegeneration, and NR supplementation boosts mitochondrial functioning."

The Swiss researchers call NR a "hidden vitamin" that is believed to also be present in many other foods, although levels are low and difficult to measure. Nevertheless, the effects of NR on metabolism "are nothing short of astonishing." NR, related to niacin and other common forms of vitamin B3, was first investigated more than 60 years ago by a Stanford researcher and 1959 Nobel Laureate, Arthur Kornberg. But little more was known about its effects in mammals until Sauve discovered the effect NR had in stimulating levels of NAD in mammalian cells work he published in 2007. NAD allows sugars, fats, and proteins to be converted into energy.