Migraine sufferers twice as likely to have depression

The prevalence of depression among those suffering from migraine is nearly twice as high as for those without the disease (men: 8.4 percent vs. 3.4 percent; women 12.4 percent vs. 5.7 percent), a new

The prevalence of depression among those suffering from migraine is nearly twice as high as for those without the disease (men: 8.4 percent vs. 3.4 percent; women 12.4 percent vs. 5.7 percent), a new study has suggested. In the paper, investigators reported that younger migraine sufferers were particularly at risk for depression. Lead author, Professor Esme Fuller-Thomson, Sandra Rotman Endowed Chair at the University of Toronto’s Factor-Inwentash Faculty of Social Work, said that women with migraines who were younger than 30 had six times the odds of depression in comparison to sufferers who were aged 65 and over. Unmarried individuals and migraine sufferers who had difficulties with daily activities also had high odds of depression. Data drawn from a representative sample of more than 67,000 Canadians, the 2005 Canadian Community Health Survey, were used to examine gender-specific associations between migraine and depression. More than 6,000 respondents reported that they had been diagnosed by a health professional with migraines. Also Read - 7 reasons why the #BeefBan is good

Consistent with prior research, the prevalence of migraines was much higher in women than men, with one in every seven women, compared to one in every 16 men, reporting that they had migraines. Also Read - 10 Indian traditions we should go back to

The study has been published online in the journal Depression Research and Treatment.

What is a migraine?

One of the most nagging headaches, Migraine is episodic (occurs anywhere from once or twice a year to 1-4 times a month) in nature. It is associated with accompanying symptoms like vomiting, blurring of vision etc. Some patients may get headaches more frequently, almost daily.

Though the exact causes of migraines are unknown, blood vessel contractions and other changes in the brain as well as inherited abnormalities in certain areas of the brain have been linked to it. A migraine pain centre or generator is situated in the brain. A migraine begins when hyperactive nerve cells send out impulses to the blood vessels. This causes them to constrict, followed by expansion and the release of inflammatory substances like prostaglandins, serotonin, etc. that cause the pulsation to be painful. Read more… 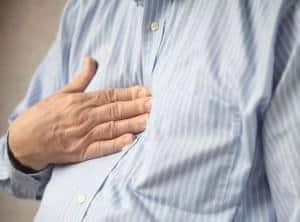