Michael Douglas wept here Tuesday as he recounted how director Steven Soderbergh waited for the Oscar-winning actor to recover from throat cancer so he could star as flamboyant pianist Liberace in ‘Behind the Candelabra’. ‘For me this … it was right after my cancer. This beautiful gift was handed to me. I’m eternally grateful to Steven, Matt and Jerry,’ a tearful Douglas said, referring to Soderbergh, co-star Matt Damon and producer Jerry Weintraub. Also Read - OMG! Take a look at Deepika Padukone’s sinful indulgence during Cannes film festival

The crowd of reporters covering the presentation applauded. Made for US cable network HBO, ‘Behind the Candelabra’ screened in competition at the Cannes Film Festival and is set for limited theatrical release in Europe. Douglas, 68, was diagnosed with throat cancer in 2010. Soderbergh first broached the idea of a film about Liberace 13 years ago, during the filming of ‘Traffic’, which featured Douglas in the role of the top US anti-drug official. ‘I thought he was messing with me,’ Douglas recalled Tuesday. ‘I was playing a drug czar in this movie and I saw this pensive look on Steven’s face and he said, ‘Have you ever thought about Liberace?’‘Douglas said the project began to take shape after Soderbergh read a book by the late pianist’s former lover, Scott Thorson, who is portrayed in the film by Damon. Also Read - Sonam Kapoor: 'I'm an extremely private person and I do feel somewhere that it takes away attention from your work' 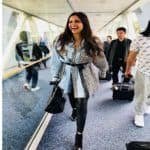 Sonam Kapoor: 'I'm an extremely private person and I do feel somewhere that it takes away attention from your work' 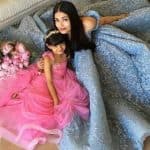 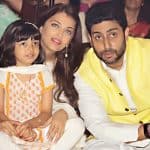 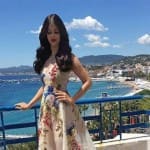