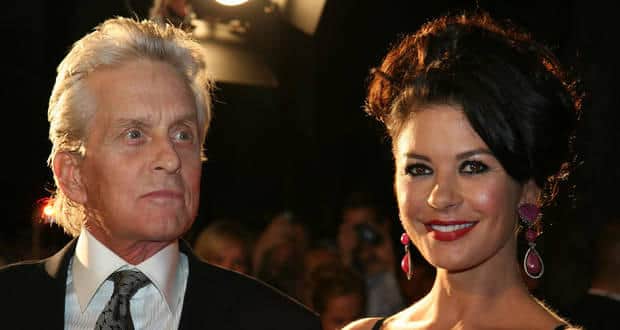 Hollywood legend Michael Douglas recently blamed the cancerous tumour which developed in his throat three years ago on his sex life. The 68-year-old actor who is soon going to be seen as the flamboyant pianist Liberace in the movie Behind The Candelabra told the Guardian that the his illness was due to the HPV which got transmitted through oral sex and not due to a lifetime of hard drinking and heavy smoking.

The two-time-Oscar winner revealed in 2010 that he was battling stage-four cancer and beat the disease with a combination of chemotherapy and radiotherapy.

'I have to check in regularly - now it's every six months - but I'm more than two years clear,' he said. 'And with this kind of cancer, 95 per cent of the time it doesn't come back.' Research studies from Malmo University's Faculty of Odontology and in The New England Journal of Medicine both suggest a correlation between oral sex and throat cancer. HPV infection is also the cause of 99 per cent of cases of cervical cancer, according to studies cited by Britain's National Health Service (NHS).

Douglas' wife, Oscar-winner Catherine Zeta-Jones, in April received further treatment for bipolar disorder. The Welsh actress, 43, won an Academy Award in 2003 for her supporting role in Chicago and has appeared in films such as Traffic and Ocean's Twelve.

For long, people had assumed that Douglas' cancer was caused by his longstanding tobacco habit coupled with hard drinking. He has also been hospitalised for addiction and has revealed in the past about his experiments with recreational drugs.

The Human Papillomavirus or HPV is a sexually transmitted virus more well-known for causing cervical, anal cancer and genital warts, though some experts believe it can be responsible for oral cancer as well. It's becoming more common in different parts of the world to administer HPV vaccines to protect girls and young women against infection. These vaccines prevent infection with HPV but do not treat existing infections or cervical cancer and are safe for females between the ages of 9 and 26. The vaccine is likely to have the greatest effect when administered before the teen years, before the person is sexually active.