Forty-year-old Pakistani national Mohammed Zubair Ashmi, who got a new lease of life after he underwent a heart transplant surgery at a Chennai hospital in April, has a change of heart towards India

Tags: Diagnosis and treatment of heart disease  Heart transplant  In the news  Pakistan 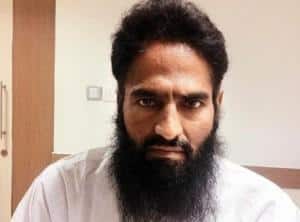 Forty-year-old Pakistani national Mohammed Zubair Ashmi, who got a new lease of life after he underwent a heart transplant surgery at a Chennai hospital in April, has a change of heart towards India. Also Read - Heart Transplant: Expert explains everything you need to know about the procedure

‘Today, I proudly tell people that my heart is Indian,’ he says, adding that after the transplant he is feeling energetic. He is one of the many patients on whom cardiac transplant has been performed in Chennai which sees maximum number of such surgeries in the country, thanks to the efficient organ sharing network in Tamil Nadu. Also Read - 7 reasons why the #BeefBan is good

In contrast, Maharashtra lags way behind; the state has not seen a single heart transplant since the time when hospitals were allowed to perform such surgeries.

Ashmi, who worked as a religious teacher in a mosque in Pakistan’s Gujarat was diagnosed with dilated cardiomyopathy a condition in which the heart becomes so weak and enlarged that it begins to affect blood supply to lungs, liver and other organs. With his heart’s pumping efficiency dropping from 60% to 10-15% and several parts of body getting swollen, he repeatedly found himself in several hospitals in Pakistan. Hopes of a normal life had completely faded till doctors felt that a heart transplant can be a way out. Doctors in Pakistan discussed his case with Dr KR Balakrishnan, director of cardiac sciences, Fortis Malar Hospital at Adyar in Chennai. Soon, Ashmi was in India.

‘After his arrival, we performed a detailed medical examination. We realised that he also suffered from renal failure, and had fluid in his lungs and abdomen. Besides, he tested positive for hepatitis C. All this just made his condition extremely difficult to treat,’ explains Dr Balakrishnan. (Read: Expert tips to prevent heart disease)

Despite being on continuous medicinal support, Ashmi’s cardiac function deteriorated. This left the doctors with no option but to either put him on the heart transplant wait list or to fit him with an artificial heart implant device. He was put on the list. After a wait of about two months, the heart tissue of a 37-year-old road accident victim, who was declared brain dead, matched with Ashmi.

On April 23, Ashmi underwent the transplant and was discharged in June. He is back in Chennai for a check-up, and the doctors are pleased to see the developments. Now, he can walk up to eight kilometres and is teaching students in a madarssa.

Dr Balakrishnan says, ‘Looking at his current health status, we found lot of positive changes. He has gained 10 kg and there is no restriction on his eating habits. He regularly follows up with a local cardiologist and we keep in touch with those doctors’. (Read: 10 secrets to great heart health)

‘Though most transplants are usually performed on people who share the same blood group, in Ashmi’s case, the donor’s blood group was O+ and his was AB+. The tissue mapping, however, was good and viable,’ says Dr Suresh Rao, chief of cardiac anaesthesia and critical care at the hospital.

‘Today I am alive because of an Indian heart. Before coming to his country, I had different thoughts in mind. But the hospitality of people and kindness of the doctors made me to change my mind. Lots of the people spoke with me after this surgery. I proudly say my heart is Indian,’ Ashmi says.

‘For my second travel to India, the Indian Embassy immediately sanctioned my visa. People in Pakistan are asking me whether I can get them things such as shoes and clothes, or food and toys from Chennai. People of both the countries must treat each other with respect,’ he adds.

According to the Maharashtra health services department, 18 years after seven city hospitals were granted permission for heart transplants, not a single such surgery has been performed in Mumbai.

The Asian Heart Institute in Mumbai has appealed to eligible patients to register their names in the hospital’s list. Once the hospital finds a suitable donor, the patient will be informed. The hospital is also ready to perform first five surgeries free of cost. But so far no one has got himself registered in the list.

More and more Indians are falling prey to heart disease. There are various reasons for this including a sedentary lifestyle, genetic predisposition, pollution, smoking, drinking, a fatty diet and a general ignorance about what causes heart ailments. However, we at www.thehealthsite.com intend to fight that by covering every aspect of cardiovascular health including diet, expert advice, exercise, natural remedies, diagnosis and treatment, specific heart advice for women .

Check out our Heart Health Page for more. 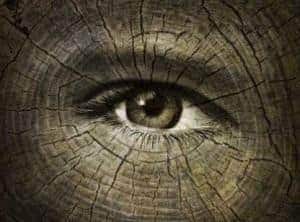 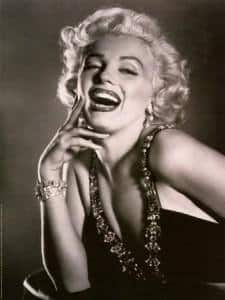