Singer Melanie Brown says the secret to her fit and healthy body is sex. ‘If I'm honest, it's lots of working out, which is a commitment and boring, and then sexercise,’ femalefirst.co.uk quoted B

Singer Melanie Brown says the secret to her fit and healthy body is sex. ‘If I’m honest, it’s lots of working out, which is a commitment and boring, and then sexercise,’ femalefirst.co.uk quoted Brown as saying in response to a query about her fit frame. The 38-year-old, who is married to producer Stephen Belafonte, is currently a judge on reality show ‘America’s Got Talent’. She says she gets plenty of attention from her fellow judge Howard Stern. Also Read - Sexercise your way to a steamy sex life!

‘He’s constantly hitting on me and I just don’t get it. We all actually get along and we do actually like each other,’ added Brown.  The former Spice Girls singer, who has three daughters – Phoenix Chi, 13, Angel, five, and 21-month-old Madison – also said that she being a mother is a challenge and that she would never let her children become famous until they finish school.  ‘It’s a balancing act every single week. You just make it work. I say to all my kids, ‘Get your education first and if you’re good enough, I’ll tell you and then you can go into the entertainment world’,’ said Brown. Also Read - Mel B admits having lesbian relationship

Sexercise your way to a steamy sex life! 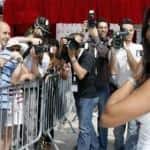 Mel B admits having lesbian relationship

Try doing these 7 sexercises to boost your sex life (Gallery)