Faced with rising number of cases of cancer in the state, the Punjab government on Tuesday launched a massive cancer awareness campaign in the state.

Faced with rising number of cases of cancer in the state, the Punjab government on Tuesday launched a massive cancer awareness campaign in the state. Also Read - Pancreatic cancer can creep up silently: Be aware of the symptoms for early diagnosis and treatment

Punjab Chief Minister Parkash Singh Badal and cricketer Yuvraj Singh, both of whom have battled cancer, launched the campaign in Chandigarh. Yuvraj Singh has been made the brand ambassador of the campaign. Also Read - Actor Sanjay Dutt emerges victorious after battling cancer: Know the common symptoms of this disease

Badal said the campaign was aimed at early detection and timely treatment of cancer at all district level hospitals, active participation of noted oncologists from leading cancer hospitals and support from NGOs.

‘I have myself suffered from cancer nearly 20 years ago and have fought it. Yuvraj Singh has fought against the disease so bravely. My father and wife both died of cancer. We have launched this campaign so that people are made aware of cancer and early detection of the disease takes place,’ Badal told the media in Chandigarh. (Read: Aamir and Imran Khan campaign for cancer awareness)

He said that the state government is also establishing a new 400-bedded Cancer Hospital at Mullanpur, near Chandigarh, in collaboration with Bhabha Atomic Research Centre Mumbai (BARC), besides a 100-bedded cancer treatment hospital at Bathinda.

‘The state government had also established a dedicated fund of Rs. 200 crore for cancer treatment in the state. As on date the government is providing Rs. 1.5 lakh to each cancer patient for treatment,’ Badal said.

Bathinda, Mansa, Sangrur, Barnala and Muktsar district in south-west Punjab, which comprise the state’s Malwa belt (south of river Sutlej), are the worst-affected by cancer cases.

Most surveys and reports have indicated that the high incidence of cancer is owing to excessive use of pesticides by farmers in this belt which is known for high agricultural productivity.

A government survey conducted last year, had revealed a shocking 34,430 deaths – nearly 19 deaths per day – in the last five years due to cancer. This forced the government to initiate steps for making the state cancer-free.

The door-to-door health department survey covered nearly 97 percent of Punjab’s 2.70 crore population and had brought out glaring figures of cancer deaths and the spread of the fatal disease in the agrarian state. (Read more: Women in Delhi run to spread breast cancer awareness)

Cancer is a group of over one hundred diseases characterized by abnormal, uncontrolled cell growth. In a healthy body cells grow, die and are replaced in a very controlled way. Damage or change in the genetic material of cells by environmental or internal factors result in cells that don t die and continue to multiply until a massive cancer or a tumour develops. Most cancer related deaths are due to metastasis, malignant cells that penetrate into the circulatory system and establish colonies in other parts of the body. Great advancements have been made but cancer is still leading cause of death for people under 85. (Read more..) 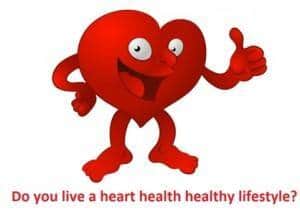 Quiz: Do you live a heart healthy lifestyle?