Two months after a 30-year-old man, Arun Yadav, underwent heart valve-replacement surgery at the civic-run Sion hospital, he has ended up partially blind. While the Govandi resident’s father alleged 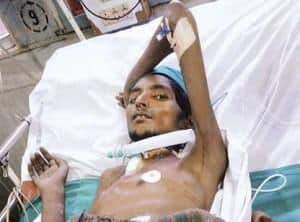 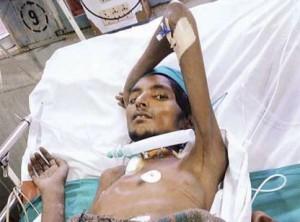 Two months after a 30-year-old man, Arun Yadav, underwent heart valve-replacement surgery at the civic-run Sion hospital, he has ended up partially blind. While the Govandi resident’s father alleged medical negligence, the hospital has refuted the charge. Also Read - Ganesh Chaturthi 2020: 4 reasons an eco-friendly Ganesha is good for you

Arun’s father, Umashankar, said his son suffered breathlessness and had difficulty walking. ‘We were told he needed to undergo open heart surgery,’ said Umashankar. Also Read - 7 reasons why the #BeefBan is good

Doctors explained the medical condition as ‘rheumatic heart disease’, a complication of rheumatic fever. Caused by a bacterial strain, such a fever leads to inflammation of the heart and, in turn, shrivels up blood-pumping valves. Also Read - Kim Jong Un reportedly had a heart surgery: Is obesity a reason for his illness?

A doctor from the hospital said that a valve that supplies oxygenated blood was severely narrowed while another that pumps impure blood was replaced. ‘Arun has been on ventilator since two months,’ the doctor added.

Arun’s father said that 20 days after the surgery, Arun complained of losing vision in the left eye. ‘Eye specialists attended to him after we informed them,’ said Umashankar.

Arun was put on ventilator support for over a month, and was often sedated. His family members said that his eyes would, at times, remain wide open as he lay unconscious.

Umashankar, who has alleged that poor care led to vision loss in the left eye, said: ‘Doctors say his eyes went dry, got infected and suffered a tear in the cornea as ulcers developed,’ said Umashankar. ‘Also, eye specialists said that had nurses applied a tape on the eyes to keep them shut, all this could have been avoided.’

However, hospital dean, Dr Avinash Supe, said that patients, who are on ventilator for long, suffer from eye complications. ‘Our staff take proper care but such cases do happen rarely,’ he said.

Head of Mahatme Eye Hospital in Mulund, Dr Vikas Mahatme, said a protocol should be devised by monitoring patients put in intensive care and on ventilator. ‘There should be co-ordination between the opthalmology department and intensive care rather than calling in opthalmologists after the patient loses vision,’ said Dr Mahatme.