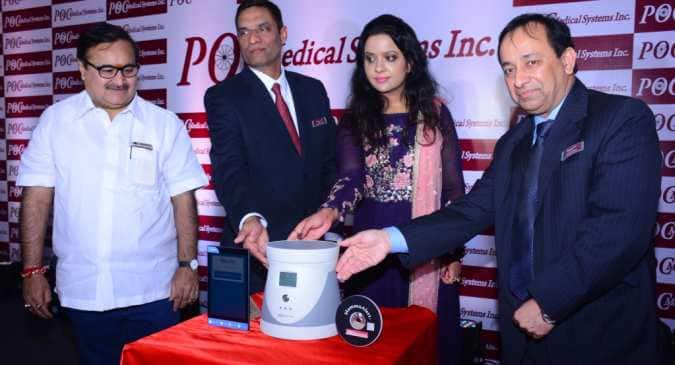 POC Medical Systems Inc. today unveiled a rapid, portable breast cancer screening test, MammoAlert based on its Pandora CDx microfluidics-based platform. Smt Amruta Fadnavis, Hon. Dr Deepak Sawant – Health Minister, Hon. Minister Shri Prakash Mehta – Housing Department, Hon Minister Smt. Vidya Thakur – Women and Child Development and Shri Sunil Oza, Sahaprabhari, Uttar Pradesh were present for the global unveiling. The blood-based test will be launched initially in India where established screening methods are not widely accessible to large populations of women. The test is the first application of the company s platform. The Pandora CDx developed by POC Medical Systems is a microfluidic platform for rapid, point-of-care serum screening. It is based on a unique, low cost disposable microfluidic disk. The platform is a very simple and easy-to-use system. This portable breast cancer screening test, which runs on Pandora CDx technology, uses a simple drop of blood to generate results in 15 minutes. It uses multiple cancer markers for high accuracy. The Pandora CDx has a sensitivity of 0.97 and specificity of 1 which implies an accuracy of over 95% and a false positive rate of zero. This will have a huge social impact enabling thousands of women in India to detect breast cancer in its early stage due to the products efficient, simple, accurate and significant affordability. Also Read - Breast Cancer Treatment: New 5-Minute Therapy Can Effectively Reduce The Symptoms

Commenting on the launch of MammoAlert, Honourable Smt Amruta Fadnavis said: I am extremely proud and feel honored to be part of a movement to promote early screening of breast cancer. I would like to congratulate POC Medical Systems for its commitment towards making cancer screening accessible and affordable . She especially stressed on the Shame aspect. In her words, Till now women had to go through the humiliation of exposing her self to get tested for Breast Cancer , which was one of the biggest deterrents in India apart from high cost. With MammoAlert , women can now get screened with the help of a simple blood test. While talking about the technology, Maharashtra Health Minister, Hon. Dr Deepak Sawant said, In India, as per the current statistics, over 1.5 lakh women are diagnosed with breast cancer and almost half i.e. 70,000 deaths are reported every year, a woman succumbs to breast cancer every seven minutes in this country. With this innovation, we can aspire to save so many precious lives. This technology makes cancer screening within the reach of common man across geographies, which already is a big goal for the Government . Mr Sanjeev Saxena, Founder President and CEO, POC Medical Systems Inc. says, Healthcare is still low on priority and in major cities, screening is still an alien’ word. POC has developed this technology to strengthen the healthcare system and enhance the disease fighting capabilities. MammoAlert is a screening tool which detects if a particular woman is affected by breast cancer and the intensity of it in real time. Being an Indian American and after dedicating 2 decades of my life to cancer prevention, it is a moment of pride and nostalgia for me to bring a life saving technology to India. You may also like to read breast cancer recurrence prediction test. Also Read - Is chemotherapy the only treatment for breast cancer? Find out

Breast cancer is a nonexistent entity for a majority of population till a near and dear one suffers from it. POC s disruptive technology will allow medical diagnostics to be brought to common people, especially in villages and tier 3 and 4 cities through a distributed but connected Point of Care model using a lab in a Box in the form of a microfluidics CD. This new field is called ‘Digital Healthcare which is working with meaningful samples i.e. blood, where all the body information is stored. This brings us to the intersection of medtech and digital health with a big data component. Mr Saxena further added that, The Pandora CDx Point-of-Care System, over the period will enable the patient screening for life threatening illnesses including different types of cancers (e.g. Prostate, Oral, and Cervical), Malaria, Tuberculosis and Cardiac Disorders. POC s ultimate goal with the technology platform is to help save millions of lives through early stage screening and detection, and in turn, significantly reduce medical treatment costs. POC Medical Systems plans to launch MammoAlert in India by July 2017. Read more about These 6 lifestyle choices can lower your risk of breast cancer 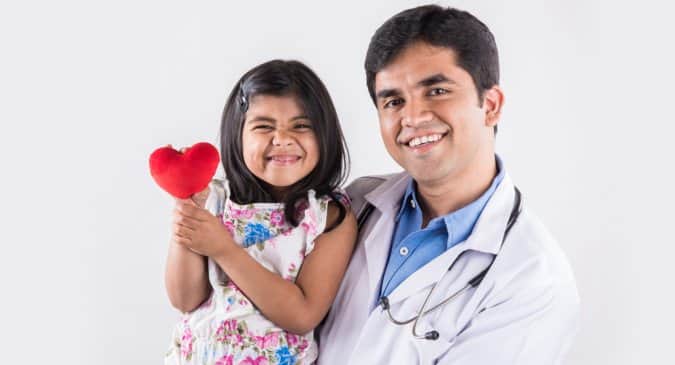 7 things a paediatrician wants you to know