The draft of new clinical establishment rules of the state does not have any provision for providing relief to terminally ill patients in government hospitals as promised by Chief Minister Mamata Banerjee. According to the clause assured by her, terminally ill patients would be given priority treatment in government hospitals and not be referred to a private institution, despite inability to pay the charges immediately. Also Read - Bengal government to pull out of Ayushman Bharat

Though the new West Bengal Clinical Establishment Rules (WBCER) do not provide any relief to poor patients in this connection, they do give more control to the state government over private establishments, senior officials of the health department said. Also Read - National Medical Commission Bill 2017: IMA declares the bill to be crassly pro rich even after the proposed amendments

The new WBCER aims to ensure transparency in the state clinical establishment. It will be placed in the next Cabinet meeting before being tabled in the next Assembly session. Representation from various doctors’ bodies, including the Indian Medical Association is awaited. Also Read - Hospital orders probe over negligence charge in Kolkata

As per the new rules, the rate chart of every pathological test and operations will have to be displayed on the website of the health department. A no-objection certificate from the health department has to be obtained by government doctors practicing in any private establishment. A no-objection certificate from the DME or DHS or any other officer authorized mentioning the period of validity is mandatory for clinical establishment to appoint any person already engaged by the government.

“As private establishments cheat most people, the state government has been given a greater role to monitor their functioning,” said Dr Shantanu Sen, secretary of Trinamool Congress-backed Indian Medical Association of Bengal.

“We are opposing the draft rules as they do not keep in mind the condition of poor patients, who suffer the most when they are admitted in a private establishment. The private establishments do not even admit them if they do not deposit money at the time of admission. This is absurd,” said Dr Satyajit Chakraborty, secretary of CPM-backed Association of Health Service Doctors.

Do you support the Planning Commission's move to train quacks?

How you can help during a medical emergency 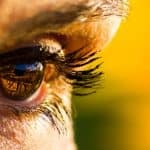