Maharashtra now gets emergency medical care – thanks to Indian-American doc

The Maharashtra government is set to roll out over 900 fully-equipped ambulances across the state to provide emergency care to accident and trauma victims in the critical initial moments, thanks to th

The Maharashtra government is set to roll out over 900 fully-equipped ambulances across the state to provide emergency care to accident and trauma victims in the critical initial moments, thanks to the persistent initiative of an Indian American urologist. Also Read - Ganesh Chaturthi 2020: 4 reasons an eco-friendly Ganesha is good for you

The state government announced in July that it will launch the Emergency Medical Services Project in September. The exact date is yet to be announced. Also Read - 7 reasons why the #BeefBan is good

Noted Indian American urologist Navin Shah has been regularly meeting top state officials in Maharashtra over the years to persuade them about the importance of launching emergency medical services (EMS). Also Read - Weight loss diet: How to eat healthy in a restaurant when you want to lose weight

‘Annually, Mumbai records 8,600 accident deaths, including 4,000 in railway accidents; 12,600 deaths due to heart attacks, 6,200 infant deaths and over 300,000 serious emergency patients,’ the Maryland-based expert, who is also former president of the American Association of Physicians of Indian Origin, told IANS from Washington.

The EMS would have 937 advanced and basic life support ambulances operative across the state based on the principle of Golden Hour – wherein a patient is to be shifted within the first hour of an accident or incident to the nearest hospital, critical to save lives and health.

Shah, who visited India in late June, had led a delegation of US trauma surgeons to Mumbai to conduct a two-day seminar on ‘Trauma care, a US experience’.

For the emergency medical service, the state government will procure 927 ambulances and create 47 trauma centres with a budget of Rs.1,000 crore ($200 million).

Two of the US trauma surgeons – T.M. Scalea, chief of the R. Adams Cowley Shock Trauma Center of Maryland University, and Amy Hildreth of the Wake Forest School of Medicine – have offered one scholarship each to two Maharashtra surgeons for a week’s training at Maryland University.

According to Shah, state government officials conveyed to him their eagerness to ensure the Indo-US programme of training trauma surgeons is not a one-off thing.

‘Policemen are the first respondents in most accident cases. Hence, we trained 3,000 policemen recently and plan to train the railway police shortly,’ Shah quoted an official as saying.

The medical emergencies include road accidents, natural calamities, outbreak of epidemic, serious Illness and allied problems, as well as emergencies related to pregnant women and neonates.

The ambulances will be equipped with GPS (Global Positioning System) and AVL (Automatic Vehicle Location System) among other gadgets to help the vehicles reach the patients fast and also transport them to the nearest hospital equipped to handle the requirement, he said.

A toll free number – 108 – is being assigned for the Emergency Medical Services. The cost is to be shared by the National Rural Health Mission (NRHM) and the state government.

The state government has decided to set up a Central Control Room at Chest Hospital, Aundh, Pune.

The All India Institute of Medical Sciences in New Delhi is to provide consultancy through an expert medical team. 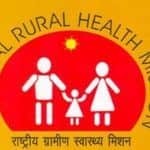 'NRHM needs to be decentralised'

'Government committed to healthcare for all'