Over 50,000 retail and wholesale pharmacists and chemists in Maharashtra on Friday joined the all-India strike called by the All India Organisation of Chemists and Druggists Associations (AIOCDA) in s

Over 50,000 retail and wholesale pharmacists and chemists in Maharashtra on Friday joined the all-India strike called by the All India Organisation of Chemists and Druggists Associations (AIOCDA) in support of various demands, a top official said. Also Read - Madras High Court orders to ban online sales of medicines

We want the margins of the retail chemists to be maintained in the proposed new drug policy, and oppose foreign direct investment in this sector, Mehta told IANS. Also Read - World No Tobacco Day 2018: Maharashtra tops the chart in smoking closely followed by Delhi reveals a survey

Besides, the PWRA has demanded that in Maharashtra, the issue of appointing a full-time chemist in all pharmacy shops must be resolved amicably without harassment by the Food and Drugs Administration.

We also demand that we should not be victimised for fake or sub-standard drugs since we do not know what is contained in the packages that are sold. We also strongly oppose Local Body Tax in Maharashtra, Mehta declared.

All chemist shops, including those operating round-the-clock, have remained shut from midnight onwards in response to the strike call, inconveniencing hundreds of thousands of customers already suffering due to the four-day anti-Local Body Tax strike in the state.

Friday s token stir by AIOCDA has the support of more than two dozen affiliated pharmacists and chemists organisations across the state, including retailers, wholesalers and distributors. 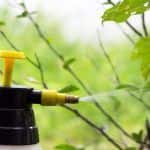