The new-age first aid kit could contain maggots and zwitterions! 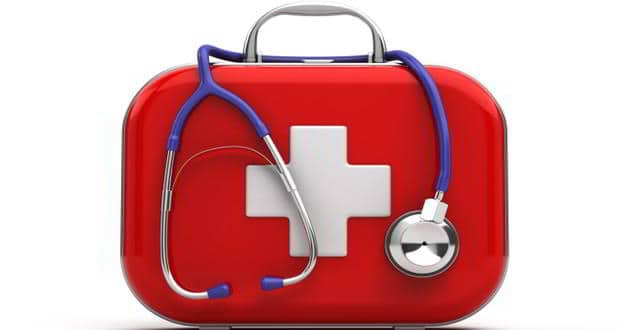 In the quest to ease the transition from wounded to healed, the art of treating wounds has entered an innovative phase, the latest development in which Taiwanese researchers presented a porous dressing they say works faster than commercially available products. The porous quality of the material allows wounds to breathe, while the addition of an element they call zwitterions wicks bacteria and dried blood away from the wound site instead of allowing it to collect as it does with conventional bandaging.

The research was published in the journal ACS Applied Materials & Interfaces. Bacteria-laden bandages, browning from blood stains, are fading into the past, and a product called WoundSeal hopes to eliminate them forever. It's a powder made of hydrophilic polymer and potassium ferrate that forms an artificial scab to stop bleeding. Designed to heal cuts, skin tears and avulsions, it is said to be easily applied and sticks after 30 seconds of applied pressure. This week the company, Biolife LLC, announced sales of WoundSeal have exceeded four million units for the month of June.

'The response from seniors with thin skin, those who bleed easily and active adults who want to stop bleeding instantly has been overwhelming,' says Andrew McFall, vice president of Biolife. Competition for the top of the market may get ferocious in light of a discovery, published in February in the journal Science, by Swiss researchers of what is best described as a glue whose treatment spectrum starts with small cuts and expands to broken bones. Researchers call it 'engineered growth factor' because it's essentially a reproduction of elements that humans and animals produce naturally to allow growth and wound-healing. (Read: First aid for burn injuries)

The adhesive aspect of the innovation keeps the growth factor proteins in place and prevents their over-concentration. And announced in April in the scientific journal Angewandte Chemie, a team from the Soft Materials and Chemistry Laboratory (ESPCI/CNRS) and the Laboratory for Vascular Translational Science (Paris Diderot University) in France tested a material called 'nanoglue,' made with silica nanoparticles, that was able to repair deep wounds better than stitches. In one unusual case, innovation in the first aid revolution involves reverting to the Middle Ages. Inspired by mounting resistance to antibiotics, French dermatologists gave 'maggot therapy' another look in a 2012 study that was published in JAMA Dermatology. (Read: How to provide first-aid in a road-traffic accident)

Because maggots feed only on dead flesh, they clean wounds nicely, particularly surgical incisions. 'Maggot debridement takes out all the dead and infected tissue, which is necessary for the wound to close,' said lead author Anne Dompmartin-Blanch re, a dermatologist at the University Hospital Center of Caen in France. While the idea of maggots on an open wound may seem ghastly, another study, published the same year in the journal Wound Repair and Regeneration, showed their excretions activate the patient's immune responses, clearing out infection-causing pathogens rather than inviting them. (Read: First aid for drowning victims)