Lung cancer has been the top cancer killer for men for decades in developed countries. It is also the leading cancer killer in men in developing countries, where breast cancer still kills more women than lung cancer, Xinhua news agency cited the report as stating. Also Read - Ganesh Chaturthi 2020: 4 reasons an eco-friendly Ganesha is good for you

Lung cancer has surpassed breast cancer as the leading cause of cancer death in females in developed countries and the change reflects the tobacco epidemic in women, according to a report released Wednesday by the American Cancer Society and the International Agency for Research on Cancer (IARC). Also Read - World Cancer Day 2020: Ovarian cancer has silent symptoms - how to detect early

The report, released on World Cancer Day, was based on the worldwide estimates of cancer incidence and mortality produced by the IARC for the year 2012. Overall, an estimated 14.1 million new cancer cases and 8.2 million cancer deaths occurred globally that year. Among the cancers, lung cancer was the most commonly diagnosed, with 1.8 million cases, accounting for about 13 percent of total cancer diagnoses. Lung cancer is also the leading cause of cancer death in men and the second leading cause in women worldwide, with 1.1 million deaths in men and nearly 500,000 deaths in women. (Read: World Cancer Day 2015 How yoga helped me fight cancer (real story))

However, in developed countries, it now kills more women than breast cancer, the report said, noting the change reflects differences in the stage and degree of the tobacco epidemic . In several Western countries, where the tobacco epidemic began earliest and peaked by the middle of the past century, such as the US, Britain, and Denmark, lung cancer rates have been decreasing in men and plateauing in women, it said.

Lung cancer rates are also decreasing in men, but continuing to increase in women, in countries where the tobacco epidemic peaked later, such as Spain and Hungary. In countries where the epidemic has been established more recently and smoking has just peaked or continues to increase, such as China, Indonesia, and several countries in Africa, lung cancer rates are likely to continue to increase for at least the next few decades without large-scale interventions to accelerate smoking cessation and reduce initiation, it warned. (Read: 10 common symptoms of lung cancer you need to know)

Specially, the report singled out China, saying lung cancer rates among women in China were higher than rates among women in some European countries despite a lower prevalence of smoking. This is thought to reflect indoor air pollution from unventilated coal-fueled stoves and cooking fumes, it wrote. The report, however, believed measures such as tobacco control, vaccination for liver and cervical cancers, early detection, and the promotion of physical activity and healthy dietary patterns could prevent a substantial proportion of the worldwide burden of cancer. It called for a coordinated and intensified response from governments, civil society, the private sector, and individuals around the world. (Read: World Cancer Day: Lung cancer is one of the most difficult cancers to treat) 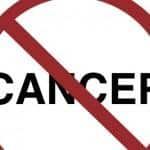