Long hours of sitting could give you a desk bum 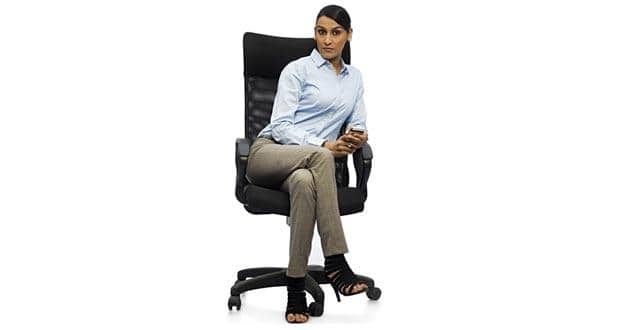 Experts have warned that sitting for long hours in office can give you 'desk bum'. If you sit more often, you are more likely to have a bigger bottom. After scanning the buttocks of inactive people, researchers from the Tel Aviv University found that muscles were shrinking and breaking down due to lack of exercise in inactive people. The study found that fat cells thrive in the buttocks of those who lead a sedentary lifestyle, causing thick layers of fat to develop deep inside muscle tissue, a leading British daily reported.

A poor diet and inadequate activity and are the main reasons for 'desk bum'. Other factors also play a role. The gluteal muscles stabilize and control movement of the pelvis, legs and lower back.

"The hip flexor muscles, found at the front of the hip, become overactive and tight if an individual spends all day sitting. In response, the three key muscles that give the buttocks their shape the gluteus maximus, gluteus medius and gluteus minimus become less responsive and generally underactive, leading to poor muscle tone," explained Chris Jones, professional head of physiology at Nuffield Health. "Women especially are prone to store fat on the bottom. This is due to an enzyme called lipoprotein lipase, which dictates where fat settles in the body. Females store more fat around the hips, while males tend to retain more around the waist," Jones added.

He also said that it is possible to determine whether your gluteal muscles are functioning properly or if you are at risk of developing 'desk bum' with a simple exercise.