Two Goa government departments which had made recruitments by the hundreds before the 2012 assembly elections have been issued notice by the state Lokayukta.

Tags: Goa  In the news

Two Goa government departments which had made recruitments by the hundreds before the 2012 assembly elections have been issued notice by the state Lokayukta. Also Read - Ganesh Chaturthi 2020: 4 reasons an eco-friendly Ganesha is good for you

The notice to the Goa Medical College and the state health department were issued by the Goa Lokayukta B. Sudarshan Reddy asking them to explain the process followed in the hiring drive. Also Read - Goa CM Parrikar to be discharged in a day: Goa Health Minister

‘We have given them a month to reply to the notice, which has asked them to respond to queries raised, as well as due diligence that they carried out before the recruitment,’ a senior staffer in the Lokayukta’s office said. (Read: Goa wants to emulate Gujarat pharma success)

The erstwhile Congress government embarked on a recruitment spree at the fag end of its tenure, with ministers at the time given a tacit free-for-all for recruitments within their constituencies.

Weeding out these fraudulent appointments was one of the promises made in the election manifesto of the Bharatiya Janata Party, which is now in power.

The incumbent government has already cancelled over 500 recruitments in the health department after a probe by the vigilance department.

Soon after taking over, the Lokayukta started a probe into the hiring scam after the BJP government filed complaints with the authority after a preliminary enquiry. (Read: Goa hospital faces water shortage because taps are stolen ) 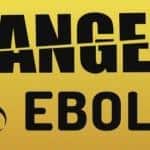