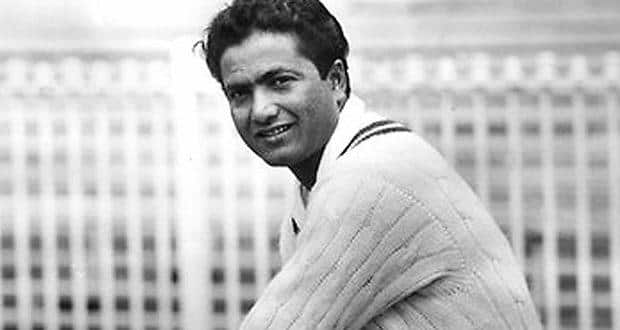 Pakistani cricket legend Hanif Mohammad, who is undergoing treatment for cancer, has said that he wants to live for his grandchildren. According to The Nation, Mohammad's son Shahzeb revealed that his father is very close to his grandchildren, and has vowed to fight a strong battle against cancer not for himself, but for them. Stating that people become scared as soon as they hear the word 'cancer', Shahzeb said that although his family was shocked initially after he broke the news to them, but his father took the news sportingly.

Explaining why he preferred to travel to UK for surgery instead of getting operated in the Imran Khan-owned cancer hospital in Pakistan, Mohammad, who is arguably the first 'Little Master' of the game, said that he came to UK as his son Shahzeb knew a few specialists in the country. Stating that Mohammad has responded well to the treatment, surgeon Dr Robert Hutchins said that the legendary player has been moved from the ICU and will be allowed to go home next week. According to Hutchins, who specializes in liver, biliary and pancreatic surgeries, Mohammad is not his first cricketer patient as he has treated few other cricketers as well, adding that he had heard about Mohammad's cricketing abilities as he has seen Imran Khan and Javed Miandad playing when he was young.

The Dawn reports that Hanif was diagnosed with a tumour in his right liver lobe four weeks back when he went to a hospital in Karachi complaining of itching on top of his stomach. According to the report, the 78-year-old cricketer flew over to London for a second opinion which was later confirmed.

Hanif's youngest son Shahzeb Mohammad said that the surgeon has removed his right liver lobe and the gall bladder as well to make sure that the problem was fully addressed. The legendary batsman holds the record of playing the longest innings in Test cricket. He is also considered the inventor of reverse sweep and could bowl with both arms with equal dexterity.