A few years ago when Hollywood actress Demi Moore said she let leeches suck her blood as part of a therapy to look fresh and young it made headlines. This ancient medical therapy of using leeches for

A few years ago when Hollywood actress Demi Moore said she let leeches suck her blood as part of a therapy to look fresh and young it made headlines. This ancient medical therapy of using leeches for clinical bloodletting to treat certain health conditions is making a comeback of sorts in India where the therapy is said to have originated. Leeches (or Hirudo Medicinalis) are segmented worms from the Annelida family with suckers at the ends of their body. A leech can consume between 5 and 15 ml of blood – or four-six times their body weight in a single feed. The bite of a leech is not painful as it releases an anaesthetic to prevent the hosts from feeling them. Also Read - Bid Adieu To Post Covid Hair Fall With These Tips By Pooja Makhija

Many people are now taking to leech therapy to treat conditions ranging from blood pressure to gout, from healing wounds to even hair fall. Only the medicinal leeches are used for treatment, which are brown, red striped and olive-coloured. ‘The therapy has a lot many advantages, without any side effects. It is a major therapeutic tool and helps in many blood-related diseases. It also minimises the chances of blood rejection in blood transfusion cases,’ ayurveda specialist Ravi Raghuvanshi told IANS. Also Read - Yoga For Hair Fall: Begin Your Day With 'Balayam' For Fuller, Healthier Hair

Describing the therapy as ‘safe and advantageous’, Raghuvanshi said the treatment is already ‘very popular’ in the West. ‘The therapy is very popular in the West particularly in countries like the US and Germany. The reason is there is good awareness in the West as a lot of research has been done on the subject.’ ‘In India, where the therapy originated, there is hardly any awareness or much research, though the practice dates back 5,000 years. The knowledge has not been transferred well. The popularity is also scattered. Only 300-400 people every year in Delhi and NCR use leech therapy,’ Raghuvanshi said. Also Read - Cannabis therapy may reduce blood pressure in older adults

In 2008, the union health ministry decided to recognise leech therapy to treat a range of diseases, including eczema, gangrene, vascular reconstruction and vascular surgery in chronic wounds. The technique is in vogue in Jammu and Kashmir, coastal Orissa, Andhra Pradesh and some parts of Gujarat. Now the therapy is also practised in some clinics across metropolitan cities like Delhi and Mumbai. Divya Sharma, 47, a resident of east Delhi’s Rohini area, says she found the treatment very effective and life-saving. ‘I had suffered serious injury to my legs in an accident some months back. The wounds turned gangrenous and doctors said they might have to amputate my legs if the injury does not heal. Then a friend advised me to try leech therapy. After I started it, my injuries began to get better day by day. The doctors said no operation was required.’

‘The therapy is usually done on patients with rheumatoid arthritis, skin disorders and even in cases of hair fall. People suffering from bleeding disorders are not given the therapy. Otherwise the practice has only advantages,’ S. Jain, a Delhi-based ayurveda specialist, told IANS. ‘The subject has been taken out of ayurveda, but not many people have the awareness. It will, however, gain in reckoning in the near future,’said Jain, whose clinic provides the facility.
‘About 150 patients avail of this service every year,’ he added.

According to medical experts, leeches remove blood from their host and release pain-killing and blood-thinning substances into the blood through their saliva. The saliva contains about 100 different bioactive substances, including anti-coagulants, vaso-dilators and anaesthetics. The medicinal leeches are brown, red striped and olive-coloured. In Jammu and Kashmir, this traditional medicinal practice has consolidated its position, with many people preferring the therapy to conventional medication. A high number of patients in the state prefer leeches over allopathic medicine to cure various skin and blood-related diseases.

Srinagar-based skin specialist Aaliya Nowsheri says the treatment has been very popular traditionally among the people of the Kashmir Valley. ‘A good number of patients have shown interest as they find the treatment effective, hygienic and clean. Moreover, the practice has always been present in the state through traditional healers who are preferred by many in rural areas,’ Nowsheri told IANS over phone. ‘The leeches used have special enzymes which quickly coagulate the blood sucked out. No further action or medicine is given to the patient post treatment. The patients get instant relief without much pain,’ she added.

The first description of leech therapy, classified as blood letting, was found in the text of Sushruta samhita (dating 800 B.C.) written by Sushruta, who was also considered the father of plastic surgery, according to information on the web. The application of medicinal leeches for cleaning the blood of poison was used in Egypt around 2,500 years ago. The therapy was common until the mid-1800s when newer therapies took their place. In the 1980s, medicinal leech therapy got a big boost by plastic surgeons who used leeches to relieve venous congestion, especially in transplant surgery. In 2004, use of blood-sucking leeches was also approved by the US government as a tool for healing skin grafts and for restoring circulation.

Why has Nelson Mandela been hospitalised? 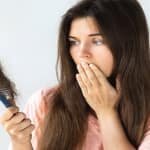 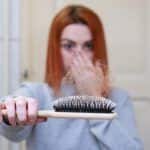