Latest Ebola News: Why restricting flights from Ebola-hit nations is not right 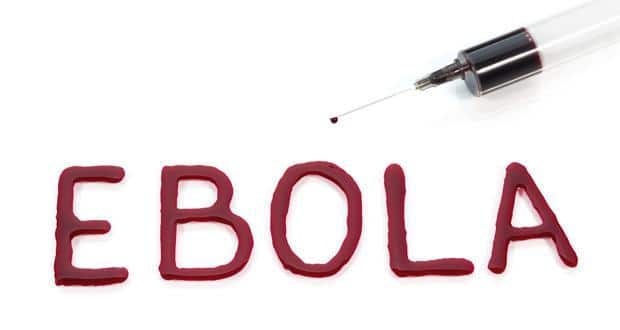 The UN warned Monday that restrictions on flights to and from Ebola-hit West African countries could hamper the international community's ability to fight and reverse the current outbreak of the deadly virus disease. 'The United Nations system is focused on tackling the serious outbreak of Ebola virus disease in West Africa. However, there have been challenges with air transportation into and out of the countries affected,' Xinhua quoted UN spokesperson Stephane Dujarric as saying at a daily briefing.

'The current limitations on flights into and out of affected countries, and the restrictions placed on aircraft originating from these countries transiting through airports in neighbouring countries, though understandable, are not warranted.' He stressed that the measure is not an optimal measure for controlling the import of Ebola virus disease, because it 'does not reflect what is known about the way in which the virus passes between people'.

'Three considerations are important to keep in mind for the public at large: Ebola is not spread through air borne contact; transmission is unlikely to occur through water or food; a person infected with the Ebola virus is not contagious until symptoms appear; Ebola is spread through direct contact with the blood or body fluids of a person who is sick with the virus,' Dujarric said. According to the spokesperson, protocols can be well established to safeguard against contagion, namely, Ebola affected individuals displaying symptoms of the infection can be identified before boarding airplanes and prevented from travelling.

As an additional safeguard, detection on arrival can trigger, if necessary, protocols for isolation of the patient and infection verification, Dujarric said. 'The current trend of limitations on flights is having adverse effects on efforts to control the disease,' he added. 'Current flight limitations are hampering the movement of international experts involved in the control efforts.'

Dujarric insisted the flight restrictions hinder the capacities of aid organisations to deploy their personnel in support of the crisis response and mitigation. 'The ability of programmes involved in controlling the outbreak to transport essential equipment and materials to the region is also being severely hampered,' he said. 'The flight limitations contribute to the economic and diplomatic isolation of the affected countries and further compound the stigmatisation already experienced by their citizens.' (Read: 5 reasons the ebola virus should never come to India)

Dujarric went on to say that the World Health Organisation (WHO) is always available to provide necessary advice on health aspects of international travel and to assist nations with establishing reliable health checks at borders. According to the WHO, there have been 2,615 cases and 1,427 deaths reported in Guinea, Liberia, Sierra Leone, and Nigeria so far. The United Nations System Coordinator for Ebola, David Nabarro, is now in Guinea, after having visited Liberia and Sierra Leone. The UN condemns travel bans on affected areas, but several countries including Gabon, Senegal, Cameroon, South Africa and Rwanda have defied the call and ordered travel bans to the affected countries. (Read more about Ebola virus causes, symptoms, diagnosis, treatment, prognosis and prevention)

Drop in blood pressure: The cytokines and histamines released by the immune cells, soon after the entry of the virus in the body, increases the permeability of the cells lining the blood vessels. This causes leakage of water from the blood into the surrounding tissues and a sudden drop in blood pressure. (Here are Ebola virus signs and symptoms you need to watch out for!)