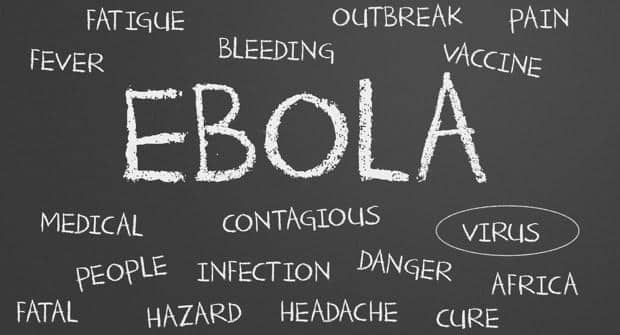 A third top doctor has died from Ebola in Sierra Leone, a government official said today, as health workers tried to determine how a fourth scientist also contracted the disease before being evacuated to Europe. The announcements raised worries about Sierra Leone's fight against Ebola, which already has killed more than 1,400 people across West Africa.

The World Health Organisation said it was sending a team to investigate how the epidemiologist now undergoing treatment in Germany may have contracted the disease that kills more than half its victims. 'The international surge of health workers is extremely important and if something happens, if health workers get infected and it scares off other international health workers from coming, we will be in dire straits,' said Christy Feig, director of WHO communications.

Dr Sahr Rogers had been working at a hospital in the eastern town of Kenema when he contracted Ebola, said Sierra Leonean presidential adviser Ibrahim Ben Kargbo today. Two other top doctors already have succumbed to Ebola since the outbreak emerged there earlier this year, including Dr. Sheik Humarr Khan, who also treated patients in Kenema. Rogers' death marks yet another setback for Sierra Leone, a country still recovering from years of civil war, where there are only two doctors per 100,000 people, according to WHO.

By comparison, there are 245 doctors per 100,000 in the United States. The Senegalese epidemiologist who was evacuated to Germany had been doing surveillance work for the UN health agency, said Feig, the WHO spokeswoman. The position involves coordinating the outbreak response by working with lab experts, health workers and hospitals, but does not usually involve direct treatment of patients.

'He wasn't in treatment centers normally,' she said by telephone from Sierra Leone. 'It's possible he went in there and wasn't properly covered, but that's why we've taken this unusual measure to try to figure out what happened.'

WHO said yesterday that it was pulling out its team from the eastern Sierra Leonean city of Kailahun, where the epidemiologist working with the organization was recently infected. The team was exhausted and the added stress of a colleague getting sick could increase the risk of mistakes, said Daniel Kertesz, the organization's representative in the country.

Canada also announced yesterday it was evacuating a three-member mobile laboratory team from Sierra Leone after people in their hotel were diagnosed with Ebola.

Drop in blood pressure: The cytokines and histamines released by the immune cells, soon after the entry of the virus in the body, increases the permeability of the cells lining the blood vessels. This causes leakage of water from the blood into the surrounding tissues and a sudden drop in blood pressure. (Here are 9 warning symptoms of Ebola you should watch out for)