Home / Health News / Late pregnancy may cause autism in your kid

Late pregnancy may cause autism in your kid

Parents who reproduce late are more likely to have children who develop autism disorders.

Parents who reproduce later in life are more likely to have children who develop autism disorders, a study finds.Autism is a developmental disorder wherein the normal brain development is disrupted very early in life. The study, published in the journal Evolution, Medicine, and Public Health, suggested that late reproduction was not associated with increased risk for schizophrenia in offspring. The authors used a sample of about 1.7 million people out of which approximately 6.5 per cent were diagnosed with autistic or schizophrenic disorders during this time. Their data included autistic and schizophrenic diagnoses for up to 30 years of age and over 20 potentially confounding medical and socio-economic factors. Above-average paternal and maternal ages were associated with increased risk of most autistic disorders in offspring and this effect was magnified in offspring of very old fathers.However, advanced maternal and paternal ages were not associated with higher risk of any schizophrenic disorder. In contrast, children of young parents had reduced risks of autism and only children of very young mothers had increased risks of schizophrenia. Also Read - Autism: People with genetic conditions at a higher risk of this brain disorder

More dissimilarly aged parents meant enhanced risk for both autistic and schizophrenic disorders in offspring compared to parents with similar ages at childbirth, but only up to a certain point where risks levelled out. The magnitude of these increases and decreases in statistical risk need to be scaled against the fortunately rather modest absolute risks of being diagnosed with a mental disorder, said Sean Byars, researcher at the Copenhagen Centre for Social Evolution, in Denmark. (Read: Early signs of autism and expert tips to deal with it) Also Read - Kids turning hypertensive: Get your child screened for early detection 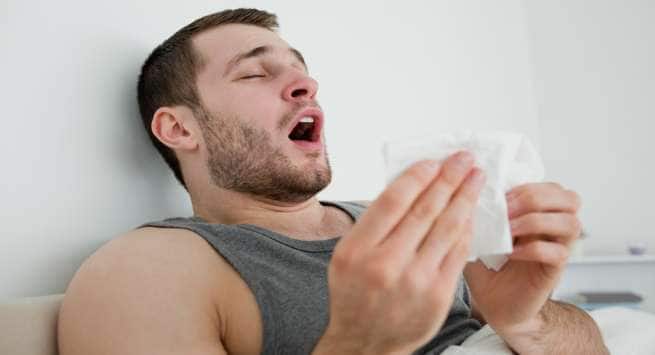 5 common causes of allergic sneezing you should know

Sugar-laden beverages may cause cancer