Kumble to bat for a healthy heart awareness campaign 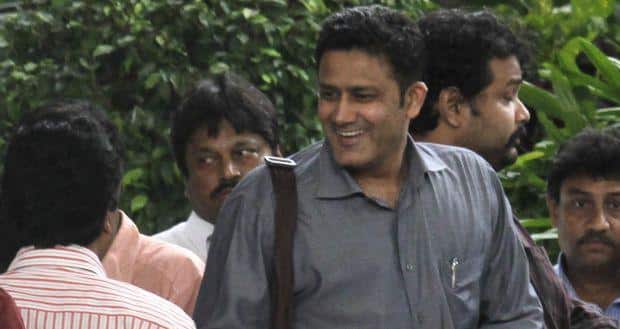 'Doctors world over prescribe regular exercise as part of cardiovascular risk management and advise people to have a heart-healthy diet to improve the function of heart, reduce cholesterol levels and bring hypertension under control,' Kumble said on the second day of the Cardiological Society of India (CSI)'s 65th annual conference at the Bangalore International Exhibition Centre.

Delivering a talk on the role of physical fitness and cardiovascular health, the legendary spinner said fitness and a healthy heart were very important in keeping his performance in the game at the peak. (Read: A professional athlete's fitness regime: An insider's guide)

'Regular cardio exercise increases stamina and helps to keep metabolism at a higher level and excess weight under check. Had it not been for regular exercise, it wouldn't have been possible for me to perform at peak in the game,' he said.

Kumble agreed to partner with Ranbaxy to promote its 'Healthy Heart' initiative among doctors and create awareness in the public on the significance of fitness and physical exercise.

'Daily exercise on a regular basis increases fitness level and expands capacity to perform better. Doctors should set an example to their patients by including exercise in their busy schedule,' he said on the occasion.

Kumble represented India in 132 Tests and was instrumentally for many victories. As a right-arm leggie, he took a whopping 619 wickets in Tests and became the third highest wicket taker in the game. He is also one of the bowlers to take 10 wickets in a Test innings.

Lamenting that India had one of the highest numbers of people with cardiovascular disease, which is growing at an alarming rate, Sibal said exercise and diet were the first step towards management of such lifestyle disorders.

'India is facing a major challenge of cardiovascular disease and there is a need to keep abreast of latest developments in the field so that we can be empowered to meet this challenge effectively. As role models for society, exercise and fitness should begin with us,' CSI organising secretary S.S. Ramesh asserted. (Read: 70% of the urban Indian population at risk of heart disease!)

About 6,000 delegates from India and abroad are participating in the four-day CSI conference to exchange views on the latest trends in cardiovascular medicine.