Know your child’s friends if obesity is a concern

Washington, Mar 4: A new study has revealed that friends may make the difference in keeping children active. As per the study, children being physically active with a friend may accomplish more than hearing encouragement or being active with a parent, which suggests that a peer-to-peer approach may be an effective way to increase physical activity among children. lead author Jessica Graus Woo said that they speculate that the social network of friendships is increasingly important in influencing behaviors as children get older and having physically active friends may make it easier for obese children to get involved with activities and lower the perceived barriers for doing so, while having a physically active family may not be as inspiring. (Read: What is making your kid obese?) Also Read - Genes linked to common brain disorder, Chiari 1 malformation, identified

Regular physical activity is key to managing weight for both children and adults, but little is known about whether children and adolescents see benefits or barriers to getting the exercise they need. The issue is critical since about one in three American children and teens are overweight or obese, putting them at risk for high blood pressure, high cholesterol, diabetes and heart disease, according to the American Heart Association. The most commonly-cited barriers to physical activity were feeling self-conscious (29 percent); lack of enjoyment (22 percent); poor health (22 percent); lack of self-discipline (21 percent); and lack of energy (21 percent). Family encouragement was high at 78 percent, but family and friends doing physical activities with kids were far lower, between 36 and 48 percent. (Read: Prevent childhood obesity with a Mediterranean diet) Also Read - Kids who take steroids at increased risk for diabetes: Know the other side effects of this medication

A friend getting involved was associated with significantly lower perceived barriers, including lack of interest, energy, enjoyment, equipment, skill, health and knowledge, where family participation or encouragement did not have this effect. Children age 12 and older were more likely to cite lack of time, lack of enjoyment and fear of injury than younger children. They were also more likely to recognize the value in being physically active to reduce the risk of disease. (Read: Is skipping meals making your child obese?)

Among those who reported that friends never or were almost never physically active with them, 38 percent were in the highest physically active category, but if friends joined in, 76 percent reported being in the highest physically active category. Woo added that clinically, much of the focus on increasing physical activity involves engaging the family and encouraging the patient to be more active, but this study suggests that encouragement may not be sufficient. Clinicians may also need to consider how to get children to be active with their friends. (Read: Obese children who begin a low-fat, plant-based vegan diet may lower their risk of heart disease) 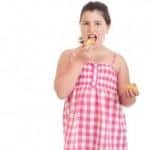