Mumbai's leading public hospital is crumbling. It has failed to pay heed to the dirty conditions in its backyard. Leaking drainage pipes, stagnant water, biomedical waste dumped in the open... KEM Hos

Mumbai’s leading public hospital is crumbling. It has failed to pay heed to the dirty conditions in its backyard. Leaking drainage pipes, stagnant water, biomedical waste dumped in the open… KEM Hospital in Parel has it all. A walk-through audit of the hospital revealed unhygienic conditions and patients left in a lurch of apathy. Also Read - Ganesh Chaturthi 2020: 4 reasons an eco-friendly Ganesha is good for you

A senior hospital doctor said, ‘The OPD entrance is leaking and showers drip water on patients but no maintenance works have been undertaken.’

At least four mosquito-breeding sites were seen on the campus with accumulation of water from leakage and construction works. Beside the casualty department, people were seen walking a narrow path due to leaking walls. An alley surrounded by drainage pipes in the gynaecology and obstetrics department was overflowing with dirty water and garbage. (Read: KEM horror: What could have gone wrong)

Sunaina Dubey, 26, (name changed) who delivered a boy is scared to sleep at night in the post-natal care ward on the ground floor. Outside the ward, dna saw upto seven open drains with stagnant water. ‘One of the mothers contracted malaria recently in the ward. I’m scared to sleep due to mosquitoes,’ said Sunaina,

Drainage pipes in the OPD building have been raising a stink since over two years. ‘Pipes leaking of human excreta and urine have not been replaced. The waste spreads on campus and stinks,’ said a sweeper. Across, patients sit on benches outside a makeshift opthalmology OPD with no roof.

Dr Arjun Ahuja, head of opthalmology, said, ‘We’ve been told that OPD renovation will stretch up to a year. Seeing the plight of patients made to wait outside the OPD, we asked the management to arrange for sitting space.’

On the hospital’s 83rd Foundation Day in 2009, BMC announced upgradation of the 1,800-bedded hospital by pumping in up to Rs900 crore over seven years. Hospital authorities are at loggerheads with the building contractors over moving debris, cleaning drainage leakages and arranging for makeshift wards as the hospital gets renovated.

Other most affected are patients coming to ENT, neurology and psychiatry OPDs. A doctor from ENT department said, ‘The passage that leads to the ENT OPD sees heavy leakage. We’ve reported this to the authorities who are yet to figure out the source of leakage. We’re forced to work in unhygienic conditions. It puts patients and doctors at risk of infection.’

When dna informed the officials of the sordid conditions, Dr Milind Salve, deputy dean of the hospital, said, ‘We will immediately correct the conditions.’ 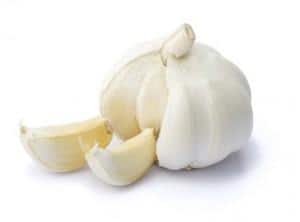 Garlic: A natural pill for a healthy heart