The pentavalent vaccine a one-shot wonder to prevent diphtheria, pertussis, tetanus, hepatitis-B and influenza-B in children was included in the Universal Immunisation Programme and will be rolled

The pentavalent vaccine a one-shot wonder to prevent diphtheria, pertussis, tetanus, hepatitis-B and influenza-B in children was included in the Universal Immunisation Programme and will be rolled out in Karnataka next month. It has been hailed by experts saying that it will play a pivotal role in bringing down children s mortality in the country. The vaccine ran into some controversy though. The Pentavalent Immunisation Programme, which began as a pilot project in Kerala and Tamil Nadu in December 2011, ran into a controversy after four deaths were reported from Kerala. However, the state government refused to attribute it to the vaccine. Also Read - Common childhood illnesses can be traumatic for parents: Know how to deal with them

Also Read - Is your child a water baby? Be alert to symptoms of ‘dry drowning’

In Karnataka, the vaccine was earlier available only in private clinics but will now be part of the government s routine immunisation schedule. It will replace various earlier vaccines. Children under five will have fewer pricks to endure and will be protected against a host of different diseases. The Karnataka government also looked to dismiss reports that the vaccine is unsafe. Also Read - NIN's unscientific report on Akshaya Patra food flayed

Principal Secretary Health and Family Welfare Madan Gopal said, There is a tendency to sensationalise the adverse effects which are minimal. The percentage is very small and some ill effects are inevitable.

170 countries had already introduced the vaccine as part of their immunisation programme and none of them had reported any ill-effects. Adverse effects were documented in other states and we are ensuring that it does not happen in Karnataka, he said.

Dr Satish Gupta of UNICEF who has been closely involved in the implementation and monitoring of this project, told Deccan Herald that a total of 13 deaths were reported between Nov 11 and Feb 2013. The reports on the deaths of two of the infants are yet to come. Out of the other 11, one death was due to extreme allergic reaction. The reports of the other ten infants indicate that they have died due to SIDS (Sudden Infant Death Syndrome). The onset of this has happened between 24 hours to 48 hours after vaccination, Satish said.

Vaccination refers to the practice of taking a substance to trigger the body s immune system s response against a particular disease. It is now a standard procedure and given to children at various ages. In public health practice, vaccination is given to confer community protection so that even unimmunized children will have a reduced risk of getting the disease. This is called the herd effect of immunization. It s routinely used to prevent various diseases like tuberculosis, polio, measles, hepatitis, etc. 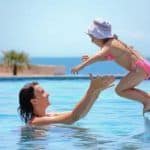 Is your child a water baby? Be alert to symptoms of ‘dry drowning’