10 years ago no one, not even Steve Jobs would’ve realised how powerful the smartphone would become and the things it could do. A new app called Kama Xcitra will allow the 21st Century audience to l

10 years ago no one, not even Steve Jobs would’ve realised how powerful the smartphone would become and the things it could do. A new app called Kama Xcitra will allow the 21st Century audience to learn from the hallowed Kama Sutra – the world’s oldest and the most respected sex manual – and it will do in 3D. Also Read - 7 things Kamasutra says about scratching your lover during sex

Using the latest in cutting-edge technology, the app transforms the manual’s illustration into 3D images when viewed through a smartphone or table. Every position can be seen from all angles giving users a never-seen before experience.  The free app comes with a new version of the text which is based on ancient Indian Hindu philosophies and is believed to have been written around 2,000 years ago. The Kama Xcitra promises to help couples master positions set out in the original book and ensure they are brought ‘closer to the action than ever before’. Also Read - 7 exciting things the Kamasutra says about kissing

Hazel Cushion, managing director of publisher Xcite Books, said,‘For more than two thousand years couples have turned to the Kama Sutra for advice and guidance on how to have a fulfilling love life. ‘But some of the more challenging positions like the Prone Tiger, the Catherine Wheel or the Peg have left readers a little baffled. That is until now. The Kama Xcitra uses state-of-the-art technology to help couples explore interesting sexual positions whilst having fun in the process. ‘ Also Read - 4 reasons why every woman should read the Kamasutra!

‘Each image appears to pop out of the page as a 3D hologram right in front of the reader’s phone. The viewer then moves their mobile device around to appreciate the position from all angles. As a result, each position becomes clearer, finally solving the problem of where to put that awkward elbow.’

The app works in conjunction with 69 poses and allows users to customise the appearance of the models, including skin colour and hair as well as adding music as a soundtrack. The Kama Sutra is widely considered to be the primary Sanskrit work on human sexuality. It was first translated into English in 1883 under the guidance of Victorian explorer Richard Burton. A section of the celebrated text consists of practical advice on sexual intercourse.

75% kids suffer from bad vision and don't even know it 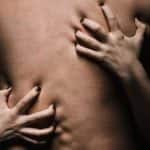 7 things Kamasutra says about scratching your lover during sex 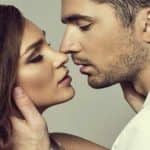 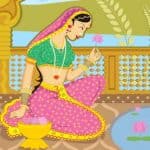 4 reasons why every woman should read the Kamasutra! 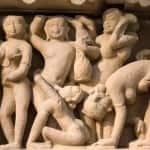 6 lesser-known facts about Kamasutra you SHOULD know!