We need to focus on the youth and adolescents of the country in our efforts to prevent and combat lifestyles diseases such as Diabetes’, stated Shri J P Nadda, Union Minister of Health and Family Welfare.

We need to focus on the youth and adolescents of the country in our efforts to prevent and combat lifestyles diseases such as Diabetes , stated Shri J P Nadda, Union Minister of Health and Family Welfare. He was speaking on the occasion of World Health Day , here today. He added that prevention and awareness about non-communicable diseases which are largely linked with our way of living, dietary habits, lack of exercise etc., will go a long way in ensuring that the country remains healthy. India can reap the benefits of its demographic dividend only when the youth of the country grow up to be healthy citizens, he stated. Celebrating the World Health Day, the Health Minister today launched several new e-health and m-health initiatives. Shri J P Nadda launched the Swasth Bharat Mobile application and ANM Online application-ANMOL . ANMOL is a tablet-based application that allows ANMs to enter and updated data for beneficiaries of their jurisdiction. This will ensure more prompt entry and updation of data as well as improve the data quality since the data will be entered at source by providers of health services themselves. The Minister stated that since the Application is Aadhaar-enabled, it will help in authentication of the records of field workers and beneficiaries. Also Read - Diarrhea, dengue rising in Kerala, says health ministry

As part of this event the Health Minister also launched E-RaktKosh initiative. It is an integrated Blood Bank Management Information System that has been conceptualized and developed after multiple consultations with all stakeholders. This web-based mechanism interconnects all the Blood Banks of the State into a single network. The Integrated Blood Bank MIS refers the acquisition, validation, storage and circulation of various live data and information electronically regarding blood donation and transfusion service. Such system is able to assemble heterogeneous data into legible reports to support decision making from effective donor screening to optimal blood dissemination in the field. Shri J P Nadda said that this initiative will be of great use to persons and families in need of blood transfusion. The Application launched today will enable not only information of the nearest blood bank on a mobile but also of the availability of the particular blood group in a given radius, he stated. (Read: World Health Day More young adults now suffer from diabetes) Also Read - 'Nipah virus identified in Kozhikode fever deaths'

Launching another mobile application India Fights Dengue , Shri J P Nadda said that this application will find wide use. As the fight against Vector Borne Diseases, especially Dengue, can be won only with effective community participation, this App empowers the community members how to contribute towards prevention of Dengue, added Shri J P Nadda. The Health Minister also released the Guidelines for Dialysis Centre in a PPP Mode. He stated that soon every district in the country will have the facility of a Dialysis Centre operated under the PPP mode to leverage the potential of the private sector. These expanded facilities will help the renal disorder patients and reduce the out-of-pocket expenditure incurred on dialysis, the Health Minister stated. (Read: World Health Day Cycling and other ways you can keep diabetes away)

At the event, Shri J P Nadda also unveiled the findings of the ICMR India DIABetes [INDIAB] Study Phase I, along with WHO Global Report on Diabetes, WHO India Technical Report on Diabetes in India. These will have a wealth of information to guide and fine-tune health policy, said Shri J P Nadda. He also informed that the Ministry, along with World Health Organization (WHO), has taken the lead and developed a Multi-Sectoral Action Plan involving nearly 40 Ministries and Departments. He further added that we must continue efforts to make this Multi-Sectoral Action Plan a success. Shri Shripad Yesso Naik, MoS (Health) stressed on the importance of awareness generation regarding non-communicable diseases. He stated that traditional systems of medicine within the AYUSH systems have the potential to prevent and treat many NCDs. He also stated that as part of the efforts to mainstream AYUSH in the country s healthcare system, AYUSH Centers have been started in many AIIMS and AIIMS-like Institutions. (Read: World Health Day 10 % of pregnant woman at risk of gestational diabetes)

Addressing the gathering, Shri Jitendra Singh, MoS (DONER and PMO) highlighted the breaking down of the rural-urban divide in terms of dietary habits, lifestyle and prevalence of diseases patterns. He stated the increasing prevalence of diabetes among the younger population is a matter of grave concern. These thoughts were echoed by Mr. Henk Bekedam, WHO Representative to India who noted that the trends in India map with the global trends where fast growing urbanization is followed with a shift from communicable to non-communicable diseases. Shri B P Sharma, Secretary (HFW), Dr Saumya Swaminathan, Secretary (DHR) and DG (ICMR), Dr. (Prof) Jagdish Prasad, DGHS, Shri C K Mishra, AS & MD (NHM), Dr A K Panda and other senior officers of the Health Ministry, representatives of WHO and other development partners were also present on this occasion. 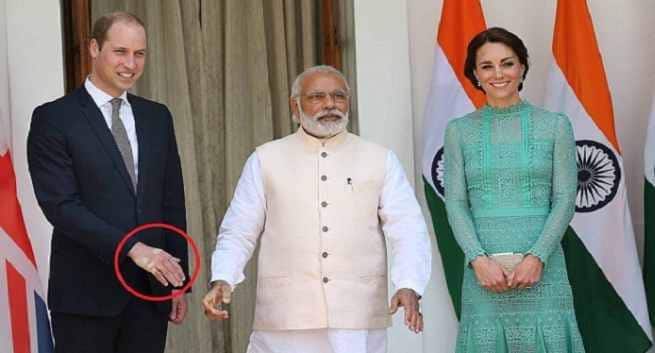 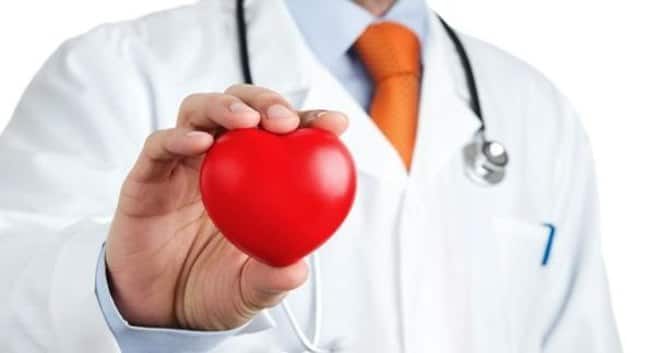 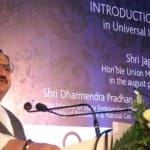 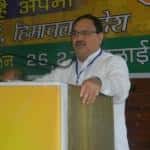