Johnny Depp is blind in one eye! 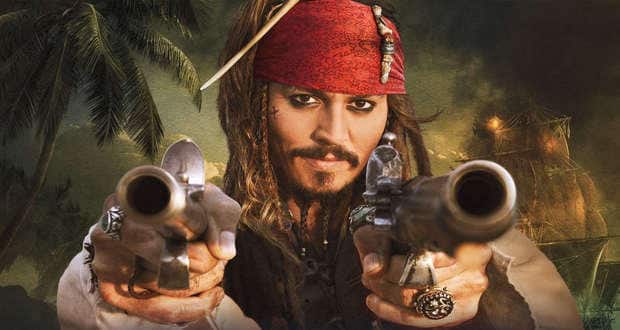 Hollywood maverick Johnny Depp recently revealed that he has suffered from poor vision all his life and that he's blind in his left eye! The actor, who is best known for his portrayal of swashbuckling albeit stumbling Captain Jack Sparrow in the Pirates of the Caribbean franchise, recently told the Rolling Stone magazine that about his visual impairment.

The actor said that he's blind in his left and near-sighted in his right. 'Everything is just very, very blurry,' he told the magazine. 'I've never had proper vision.' The actor also revealed that unless he's wearing glasses while acting he can't see beyond a few inches.

The actor said he's happy with the way his career has progressed but shared his craving for a normal life. 'Going somewhere where you don't have to be on the run or sneak in through the kitchen or the underground labyrinth of the hotel,' he said. 'At a certain point, when you get old enough or get a few brain cells back, you realize that, on some level, you lived a life of a fugitive.'

Depp is considered one of the most versatile actors of his generation portraying roles as diverse as Captain Jack Sparrow, Willy Wonka, Edward Scissorhands and journalist Paul Kemp.

Myopia, also called near-sightedness or short sightedness, is a refractive defect of the eye in which collimated light produces image focus in front of the retina when accommodation is relaxed. Those with myopia typically can see nearby objects clearly but distant objects appear blurred. The opposite defect of myopia is hyperopia or 'far-sightedness' or 'long-sightedness' this is where the cornea is too flat or the eye is too short.