It's a boy! The world welcomes the royal baby 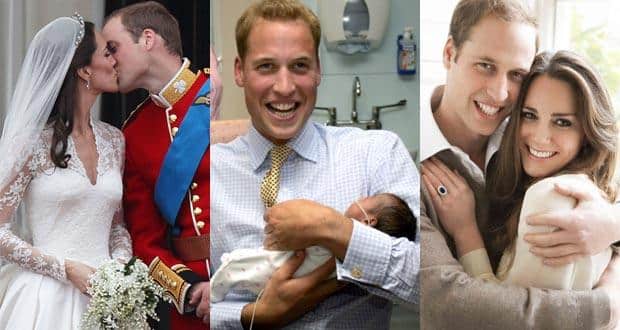 The baby, weighing 3.8 kg, was born at 4.24 p.m., Xinhua cited sources with the Kensington Palace as saying.

Already more than a week past her due date, the 31-year-old Kate was taken to the St. Mary's Hospital in Paddington around 6 a.m. Monday. Her husband Prince William was with her during the delivery.

The baby is now third in line to the British throne. This is the first time in 119 years that there have been three generations waiting in succession to the throne.

'Her Royal Highness and her child are both doing well and will remain in hospital overnight,' said the palace in a statement.

A Buckingham Palace spokesman said the queen and Duke of Edinburgh are delighted at the news that Kate has given birth to a son.

The Prince of Wales said he was 'enormously proud and happy to be a grandfather for the first time,' and added that it was 'an incredibly special moment for William and Catherine.'

Speaking outside 10 Downing Street, British Prime Minister David Cameron described the birth as 'an important moment in the life of our nation.'

'It has been a remarkable few years for our royal family - a royal wedding that captured people's hearts, that extraordinary and magnificent jubilee and now this royal birth - all from a family that has given this nation so much incredible service' he said.

As a tradition, an official notice of birth has been placed outside the Buckingham Palace.

US President Barack Obama has also congratulated Prince William and his wife Kate on the birth of their first child.

'Michelle and I are so pleased to congratulate the Duke and Duchess of Cambridge on the joyous occasion of the birth of their first child,' Xinhua quoted Obama as saying in a statement.

'We wish them all the happiness and blessings parenthood brings,' he added.

'On behalf of all Australians, Therese and I extend our warmest regards to the new parents, Prince William, Duke of Cambridge, and Catherine, Duchess of Cambridge,' he said in a statement.

Outside St. Mary's Hospital many royal fans had camped for two weeks along with photographers from around the world. They waved national flags and sang 'Happy Birthday to You' aloud for the new royal baby.

Terry Hutt, a 78-year-old from Cambridge camped for 12 days. 'This is my longest experience to camp,' he said. 'But it is lovely to be around. I am glad to see it is a healthy baby.'

Teba Diatta, 31, made a cake for the occasion, on which she wrote: 'Come on Kate, we can't wait. Give us something to celebrate.'

She told Xinhua she made the cake just for fun, which she shared with reporters later. 'It is not easy for them,' she said.

Even tourists joined in the revelry. Miriam, a 62-year-old from Italy, said, 'I am travelling in London while my sister told me 'Kate is in labour'. So I came here immediately.'

When she realised that she left her camera in the hotel, Miriam bought a disposable one. 'I will make a special album for the royal baby,' she beamed.

There will be a 41-gun salute at London's Hyde Park and 62 rounds fired at the Tower of London later Tuesday to herald news of the birth.

Prince William, the Duke of Cambridge, was born in the same hospital in 1982, as well as his brother Prince Harry.

William and Kate held a spectacular wedding at Westminster Abbey in April 2011. Kate was confirmed as pregnant last December.