Home / Health News / Is your child a Goth? Here’s why you should be concerned

Is your child a Goth? Here’s why you should be concerned

Young people who identify with the Goth subculture could be at increased risk of depression and self-harm, new research claims. Goth is a contemporary subculture that began in England during the early 1980s. Its imagery and cultural proclivities indicate influences from the 19th-century Gothic literature along with horror films. The study found that teenagers who identified very strongly with being a Goth at age 15 were three times more likely to be clinically depressed and were five times more likely to self-harm at age 18 than young people who did not identify with the goth subculture. Read: Depression in teens linked to heart disease Also Read - 5 diet changes to control weight gain from PCOS

Our study does not show that being a Goth causes depression or self-harm, but rather that some young goths are more vulnerable to developing these conditions, said lead author Lucy Bowes from University of Oxford. Contemporary Goth youth subculture has been linked with deliberate self-harm, but until now whether this association is confounded by the characteristics of young people, their families, or their circumstances was unclear. The study used data from the Avon Longitudinal Study of Parents and Children (ALSPAC). Read: Depression in your teens could ruin your lovelife forever Also Read - Teenage depression is common: Know how to deal with it

Participants were also asked about identification with a variety of other youth subcultures such as sporty, populars, skaters, chavs, loners, keeners and bimbos. The researchers found that the more young people identified with the goth subculture, the higher their likelihood of self-harm and depression. Although some other subcultures were also associated with adult depression and self-harm (skaters and loners), the associated was strongest for goths. Read: Teenage girls more prone to depression

Young people who self-identified as sporty’ were least likely to have depression or self-harm at age 18, the study found. Teenagers who are susceptible to depression or with a tendency to self-harm might be attracted to the goth subculture, said co-author Rebecca Pearson from University of Bristol. The study was published in The Lancet Psychiatry journal. 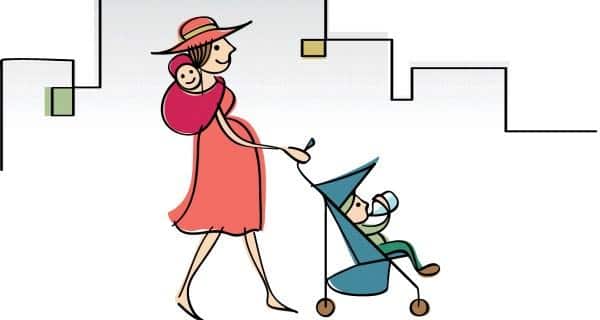 Baby strollers can make your little one obese