Is dust pollution speeding up melting of Himalayan glaciers?

The International Association of Cryospheric Sciences (IACS) proposes to set up a working group to study the impact of dust and black carbon from forest fires on the accelerated melting of snow and glaciers on the Himalayas. The decision was taken at a recent meeting in Davos, Switzerland. Also Read - Get relief from dust allergy with our simple home remedies

Cryosphere collectively describes the portions of the Earth’s surface where water is in the form of ice, snow, glaciers and frozen ground. The IACS was created in 2007 as a separate body within the International Union of Geology and Geophysics (IUGG) to promote research in this area through international coordination. Also Read - Ganesh Chaturthi 2020: 4 reasons an eco-friendly Ganesha is good for you

Ramesh Singh at the School of Earth and Environmental Sciences of Chapman University in California, who was formerly a professor of the Indian Institute of Technology in Kanpur, has been asked by the IACS to submit a detailed proposal bringing out objectives of the proposed working group. Also Read - 7 reasons why the #BeefBan is good

While at Kanpur, Singh used optical and microwave remote sensing satellite data extensively over the Himalayan region and also had a research project for three years jointly with the Snow and Avalanche Institute in Manali under the defence ministry.

While analyzing the satellite data, Singh noticed during the winter season a vast pool of atmospheric pollution over the Indo-Gangetic plains reaching all the way to the Himalayan foothills.

He said the dust also enhanced water vapour and carbon monoxide in the atmosphere resulting in the warming up of the troposphere, especially in the western parts of the Himalayan region accelerating the melting of glaciers there.

He added that pollution in the Indo-Gangetic plains from industrial activities, biomass burning and sometimes forest fires further contributed to the warming of troposphere and the Himalayan snow/glaciers.

According to Singh, it is difficult to say which one affects the glaciers most — black carbon or the dust.

‘In theory, black carbon is a lot more effective but generally the dust concentration is much higher than black carbon and therefore dust can have larger impact,’ he said.

‘It really depends on the relative concentrations of dust and black carbon and a coordinated study is needed to understand this.’

‘This will give us a quantitative idea of dust reaching the Himalayan region and also if the dust is mixed with black carbon particles emitted from the industry, vehicles, biomass burning and forest fires so that an accurate atmospheric and ground heating can be estimated to calculate the melting of snow/glaciers of the Himalayan region,’ Singh said. 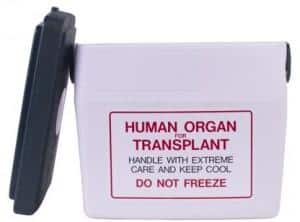 Sushilkumar Shinde undergoes operation for a lesion in his chest