Robotic surgery done through a minimally invasive method can offer women a better outcome to various problems -- from fibroids to cancer.

With a surge in gynaecological issues, robotic surgery done through a minimally invasive method can offer women a better outcome to various problems — from fibroids to cancer — than traditional methods, experts suggest. Any kind of open surgery gives rise to many post-operative complications like pain, blood loss and, often, due to poor visualisation, the outcome is not as optimal as desired. But when treated with robotics, “it allows for better control and reduces complications”. Robotic surgery does away with the need to cut and open-up a patient’s body. “Robotic surgery offers better instruments, visuals, hence less blood-loss and tissue damage. Moreover, it enables the surgeon to perform complicated surgeries with ease,” Anupama Shyam, Robotic Surgeon and Professor at Kochi’s Amrita Institute of Medical Sciences, told IANS in an email interview. With the four-armed “Da Vinci Surgical Robot” developed by the US-based Intuitive Surgical, tiny instruments are sent in and controlled by an accomplished surgeon sitting at a nearby console. Also Read - Is Your Mother Eating Right? Expert Explains Why You Need To Prioritize Mother's Nutrition

The surgeon has a magnified, high-definition, three-dimensional (3-D) view as if sitting inside the patient’s body and, with a joy stick, manipulates tiny surgical instruments that enjoy flexibility better than human hands. “Robotic surgery is mostly used to perform surgery for endometrial and cervical cancer, which includes complex procedures like radical hysterectomy (removal of cancerous uterus, cervix) and pelvic and para-aortic lymphadenectomy,” explained Sudhir Rawal, Director (Surgical Oncology Chief) at the Rajiv Gandhi Cancer Institute & Research Centre, New Delhi. The surgery is best for getting under soft tissue to reach organs that otherwise require opening up, involve long and painful recovery periods and leave behind ugly scars. (Read: Surgical robots are suitable for complicated surgery but won’t replace surgeons) Also Read - Ayurvedic Treatment for PCOD: An effective, natural and non-invasive solution

It can be used in both benign and malignant gynaecological conditions such as for patients with cancers of the cervix and vagina, as well as provides better patient outcomes. With minimal blood loss, patients recover quicker and get home faster. “For most robotic surgery procedures, I recommend early morning admission of patients and surgery in the forenoon so that they are able to get home by evening,” said Rooma Sinha, Gynaecologist, Laparoscopic and Robotic Surgeon, Urogynaecologist, at Apollo Health City in Hyderabad. In cases of fibroids — non-cancerous growths in the uterus that can develop during a woman’s childbearing years — scarring is a major issue. However, robotic surgery does away with the ugly scars. Besides, any pelvic surgery requiring specific dissection and suturing of organs is best done with use of robotic surgery. Further, robotic surgery is also advisable for elderly gynaecological cancer patients. “Robotic surgeries are most useful in gynaecological malignancies where laparoscopy is hindered by the heterogeneity of gynaecological cancer patients who are often elderly, obese and have multiple co-morbidities,” Rawal said.Robotic Surgery has actually been around since the 2000s, and offers immense possibilities in thoracic, urology, gynaecological, colorectal, paediatric and general surgical disciplines. According to a report by the US-based non-profit organisation Vattikuti Foundation, there are over 220 robotic surgeons in India across nearly 50 hospitals. Of these, 16 are in north India (including AIIMS, Apollo, Max, Rajiv Gandhi Cancer Institute, Sir Ganga Ram Hospital, Fortis, Medanta); eleven in western India (including Jaslok Hospital, Kokilaben Dhirubhai Ambani Hospital, Sir HN Reliance Foundation Hospital, Tata Memorial Hospital); fifteen in southern India (including Apollo Hospital, Chennai and Hyderabad, Krishna Institute of Medical Sciences, Hyderabad, Amrita Institute of Medical Sciences, Kochi, and Aster Medicity, Kochi); and one in Kolkata (Apollo Gleneagles Hospital). In 2016, 220 robotic surgeons in India performed over 5,000 procedures in the areas of urology, gynaecology, thoracic, paediatric, general surgery, head and neck and bariatric (weight-loss) surgeries. The foundation aims to expand the pool of accomplished robotic surgeons to 500 by 2020 and over 100 hospitals. “Robotic surgery is here to stay in India and it is up to the government to lead the way and make its maximum use,” the experts noted. 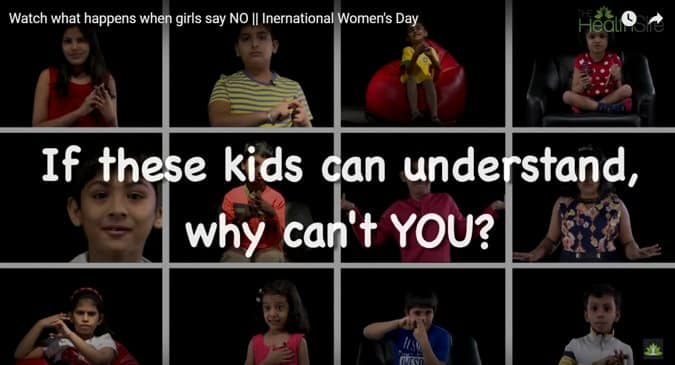 International Women's Day Special: Watch what happens when girls say no to boys