Arsh Singh, the infant who got the polio virus from its vaccine, was shifted to a ward on Tuesday after being on ventilator for more than a month. Now 10 months old, Arsh was referred to Wadia hospita

Arsh Singh, the infant who got the polio virus from its vaccine, was shifted to a ward on Tuesday after being on ventilator for more than a month. Now 10 months old, Arsh was referred to Wadia hospital and tested positive for the virus last month. Also Read - Non-routine vaccines: What they are and who should get them?

His father Tejbahadur said, ‘Arsh was shifted out of the ICU. He has improved a lot. He can breathe on his own now and doesn’t require IV fluid either.’ Also Read - Here’s how Indian states are gearing up for mass vaccination against COVID-19

He added there is also a markable movement in Arsh’s lower body. ‘There is movement in his legs but upper body is still paralysed. Doctors say it will take a month or more for further improvement,’ he said.

Doctors at Wadia hospital said physiotherapy is the key to his improvement, apart from medicines.

Arsh’s treatment cost is being taken care of by the state government. He is the second such case in the state and the fourth in the country in 17 months.

State health department officials said the infant was administered medicine by his parents for a couple of days before his condition worsened and he was brought to the hospital on July 11.

A polio surveillance team had visited Ilthanpada in Navi Mumbai where Arsh lives. The area has 95% polio vaccination coverage, according to civic records.

Director of the Directorate of Health Services, Dr Satish Pawar said, ‘We have intensified our polio vaccination programme in this area; that’s the only key to win against the virus.’

Health officials had collected stool samples of relatives and people living in and around Arsh’s house. ‘We are expecting the reports by next week. A polio drive will be undertaken in Navi Mumbai. If there are homes where children haven’t been administered drops, officials will be told to do so,’ said Pawar. 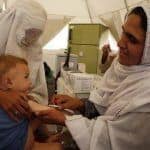 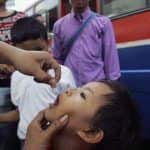 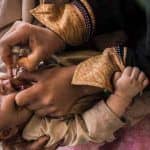 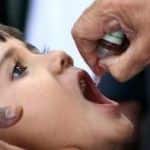