Rural development minister Jairam Ramesh uttered some harsh truths when he pointed out India s public health system had collapsed . A statement that s surely not going to go down well with

Rural development minister Jairam Ramesh uttered some harsh truths when he pointed out India s public health system had collapsed . A statement that s surely not going to go down well with the Congress or its allies, Ramesh reminded people that out of the total healthcare spends 70% was out-of-pocket. ‘Universal health coverage’ is the new buzzword with his UPA government but Ramesh seems to have cut across party lines with this statement. Also Read - PM Modi talks about treatment of Diabetic Retinopathy (DR) among rural patients

We all know that the health system in India has collapsed, he told a forum in New Delhi. India is a unique country in the world where 70 per cent of expenditure is private expenditure at a time when most other countries are having a debate on how to increase public investment in health, he added. In many poor areas of India, the public health system simply does not exist. Also Read - Cong attacks govt "Front page advertisements for votes but no money for awareness drive on Swine Flu"

Earlier this month, the Prime Minister had pledged that health spending would triple during the next five-year plan adopted by the government. President Mukherjee also reiterated this view claiming that healthcare spends would go up.

India s spending in 2010 was a lowly 4.0 % figure that is dwarfed by less affluent African countries or Afghanistan. Even a country like Nigeria spends more than India.

Most Indians who can afford it prefer private hospitals. The private sector currently has 80% of doctors, 26% of nurses, 49% of beds and 78% of ambulatory services and 60% of in-patient care. It seems audacious not to exploit those resources. To this effect, the Planning Commission had suggested that the public sector tie-up with the private sector to improve the country s healthcare scenario. However, the proposal was vehemently opposed by health activists who felt that it would corporatize healthcare.

Ramesh said the other important factor pushing people into poverty in India, where 40 per cent of the population live on less than $1.5 a day, was degradation of the environment.

The last 25-30 years, with accelerated economic growth and the pressure that economic growth has brought to bear on our natural resources, it has created this new animal of ecological poverty that we have to now address, he said. 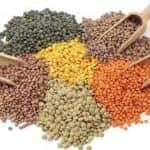 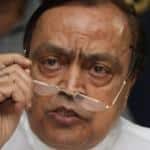