India's infant mortality rate (IMR) has come down by three points from 47 to 44 deaths per 1,000 live births during 2011, the health ministry said Friday. According to the ministry, the latest bullet

Assam, Chhattisgarh, Rajasthan and Meghalaya have IMRs higher than the national average of 44. The SRS is a large-scale demographic survey for providing reliable annual estimates of birth rate, death rate and other fertility and mortality indicators at the national and sub-national levels. The field investigation consists of continuous enumeration of births and deaths in selected sample units by anganwadi workers and teachers. Also Read - Airborne metal pollution linked to premature death: Study

Revealed - why lost weight comes back 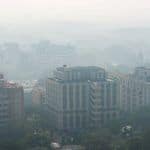